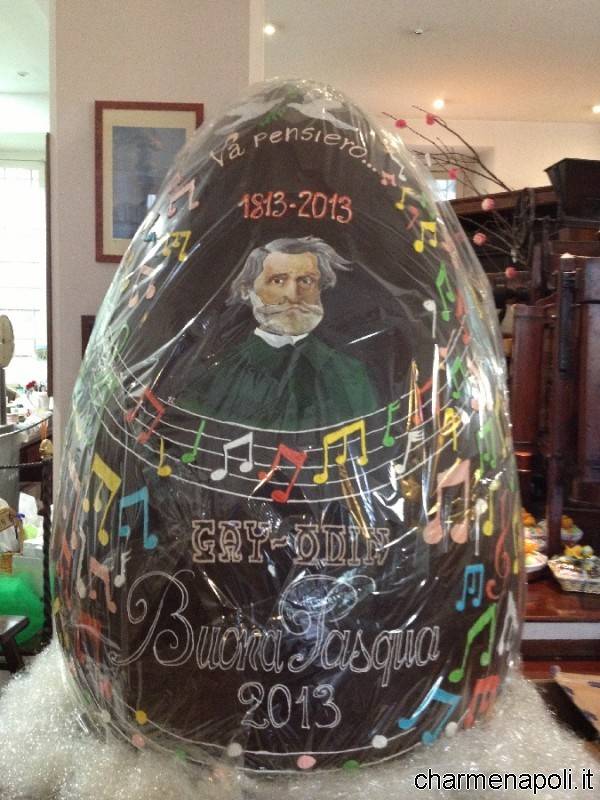 Two and a half meters high, one and a half wide and a thickness of about 10 cm of good chocolate: these are the dimensions of the new egg Easter designed by Gay-Odin. 2013 edition, the most famous of Easter candy has been dedicated to the genius of Giuseppe Verdi which this year marks the bicentenary of the birth. [charme-gallery]A tribute to the musical genius of Busseto depicted on the central wall of the giant egg and made even stronger by the notes drawn on the underside of the cake: quavers and semiquavers that hover in the air, breaking away from the pentagram, as to form the “Va pensiero” the most famous and popular part of arias by Verdi.[charme-gallery] 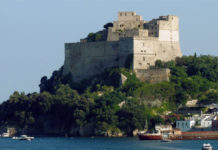