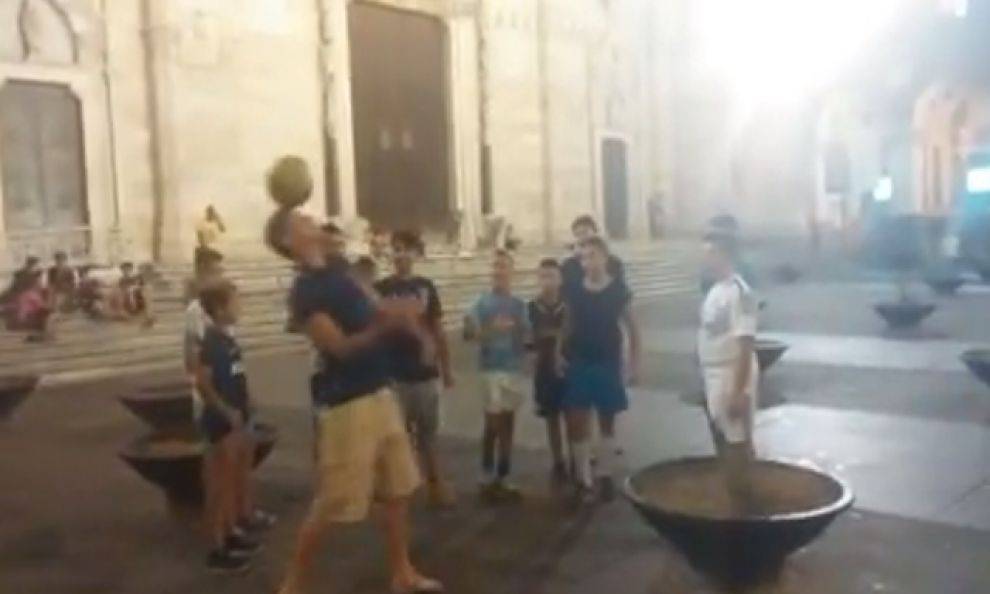 Comes in shorts and T-shirt, asks the boys to pass the ball, then surprised them with a series of rallies. Jorginho protagonist, the Italo-Brazilian midfielder player of Napoli last night he stopped playing football with the “scugnizzi” outside the Cathedral of Naples, then posting the video on their Facebook page of the unusual encounter. In the video there Jorginho wandering around the via Duomo and see the kids who, like every night, improvise a match in the square opposite the cathedral. He stops and tries to fit into the match, as they usually boys. The urchins do not consider it until one of them looks at him and says, “But you’re Jorginho?” and calls others to harvest. But the boys are not sure it’s him, “Show me your wallet” says a boy who wants to even check the documents. Then give him the ball and Jorginho performs in a series of rallies, before the foot, then the head. At that point, the boys are sure it’s him, and a street urchin runs to a friend screaming: “Is Jorginho, give me the phone“. The boys gather together the player to take a group photo of a moment that will never forget. “Play it in front of the Duomo of Naples – Jorginho mail describing the video – I was expecting to be able to play more with you, maybe next time“.