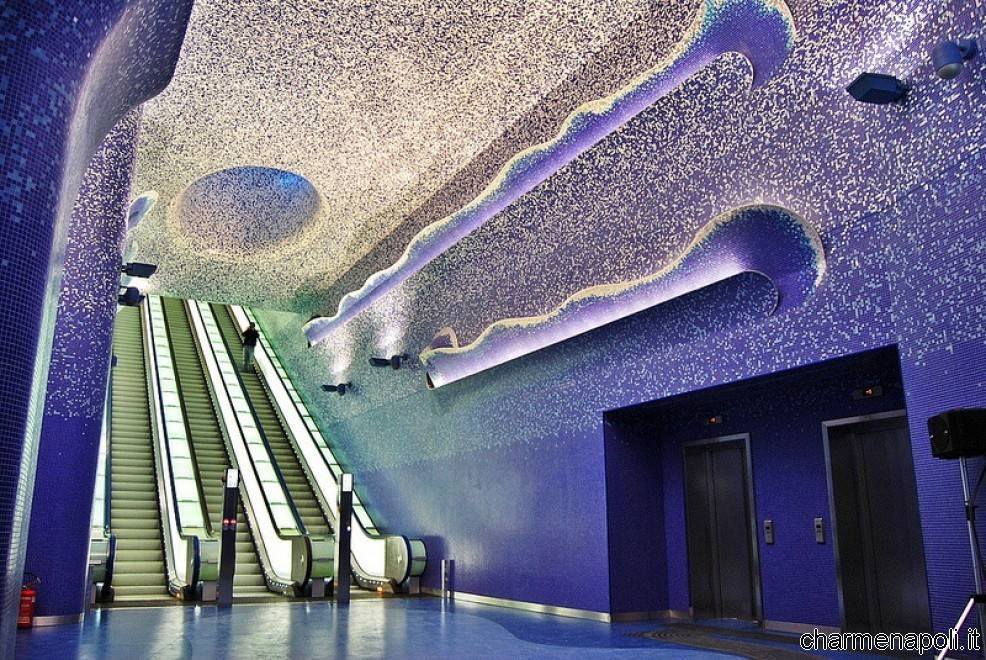 The Naples subway system, which is famous for its extensive collection of art, has been the subject of a conference at the Italian Cultural Institute in New Delhi, India, held last night by the curator and art critic Eugenio Viola. With approximately 200 works by 100 of the most famous contemporary artists in the world, the underground of Naples “is one of the most interesting museum of decentralized and distributed across an entire city”. The Toledo station, signed by the Catalan architect Oscar Tusquets Blanca and opened a year ago, with a mosaic inspired by the sea, has recently been called the most beautiful in Europe by a British newspaper and CNN. The Conference of the Neapolitan Viola, Curator at Large of the Madre Museum (Museo of Contemporary Art DonnaRegina) of Naples, was followed closely by an audience of fans of Indian art and architecture. For several years, New Delhi has a new subway regarded as a model of efficiency and carrying an average of about two million people per day. Many of those present were interested in understanding how to replicate the example of Neapolitan “Metroart” in India subject to limitations due to security and above all crowding.