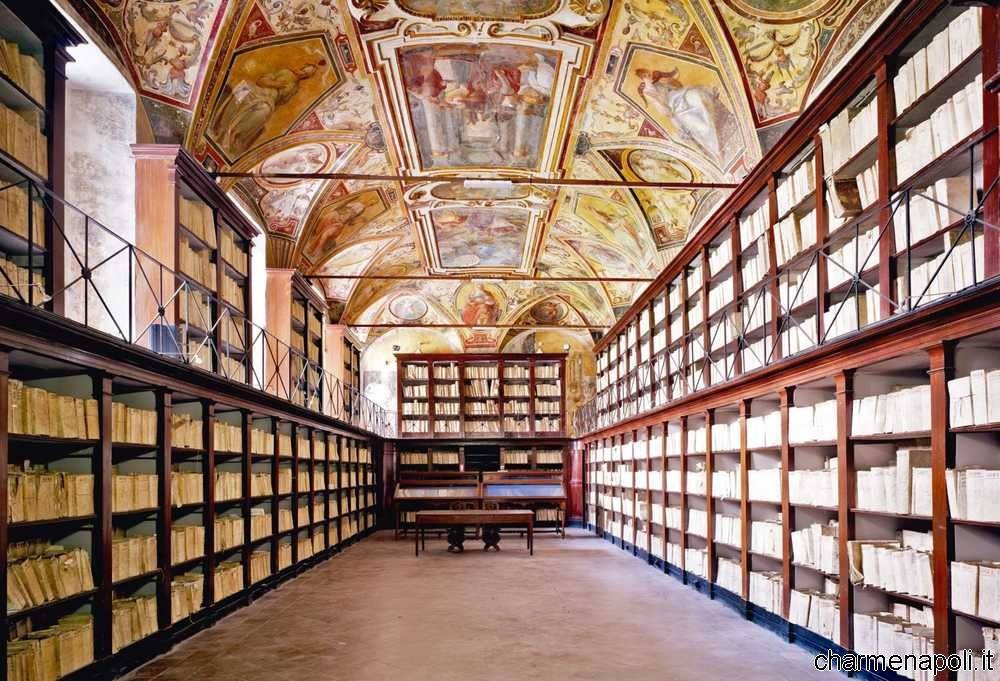 The culture with music.
Sunday 9 and 23 November from 8.00 to 14.00, the citizens of the city of Naples will have an irresistible opportunity to visit free of the State Archives of Naples, accompanied by the sweet melodies performed by famous musicians, thanks to the support of the Association Napolinova.
But let’s see in detail what to expect.
The “Sunday in the Archive” allows you to experience and explore the precious documents on the history of the city and the region, arranged on more than 50,000 linear feet of shelving and building housed Spaccanapoli, not coincidentally right in the heart of downtown.

Recall that the construction began in the Napoleonic period, December 22, 1808, to concentrate in one place the ancient archives of the kingdom of southern Italy, the guardian of an important documentary heritage, which also includes documents from the Council of State and the United Court of Accounts of the Kingdom of the Two Sicilies.
Over the years, the building has, however, suffered serious structural losses, especially during the Second World War, so the visit will take place in what is today the home of the prestigious store, or the magnificent monumental complex of the former Benedictine monastery of Santi Severino and Sossius, in which you can admire the room rate, the cloister of marble, Catasti the room, the room Filangieri, in honor of Riccardo Filangieri, first Superintendent of the Neapolitan Provinces from 1940 to 1952 and then Director of the State of Naples, and yet the cloister of the Plane (whose name comes from the plane tree, according to legend, it was planted by St. Benedict).