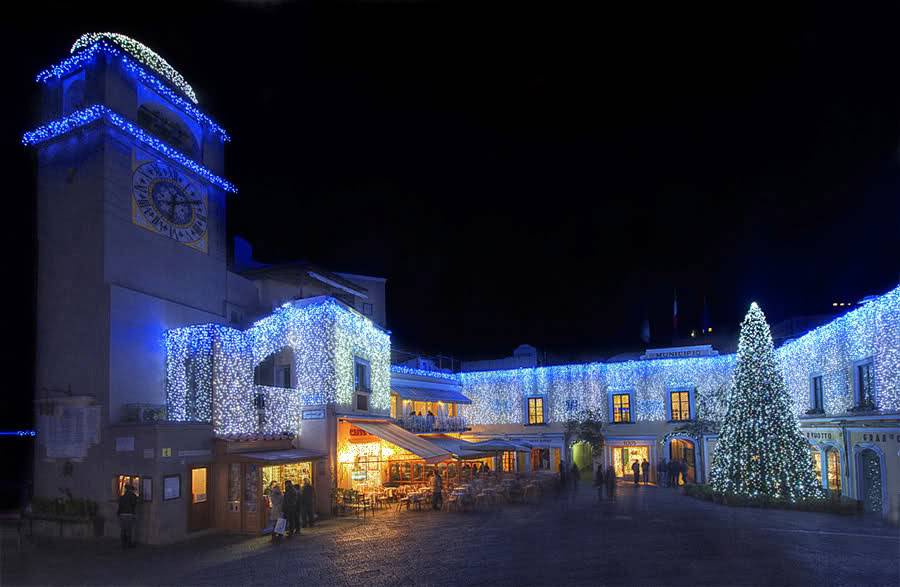 Even on the Azur Island come the “lighting artist” to celebrate Christmas. A big sleigh with reindeer illuminates Piazza Diaz, the terrace of the funicular, giving an extra touch of color and vibrancy to the famous Piazzetta, while a large tree shines in colorful square Quisisana. The City of Capri has, in fact, decided to also bring in the pearl of the Gulf artistic the illuminations of Christmas. After the dress rehearsal on Tuesday, the installations are now officially in operation and will remain there for the entire period of the holiday season, in addition to decorations that had already been installed in the streets of Capri.