Home News Massimo Troisi, June 10 in Naples the day in his memory 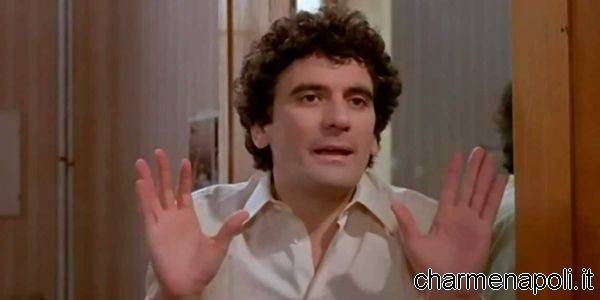 On June 10, the Department of Culture of the Municipality of Naples held at the church of San Domenico Maggiore, a day dedicated to the memory of Massimo Troisi twenty years after his death. From h: 8 p.m., to midnight, along with Rosaria Troisi, GGiorgio Verdelli, Enzo de Caro and Lello Esposito, will alternate testimonials from friends and colleagues of the unforgettable Neapolitan actor, with the musical accompaniment of James Senese and Enzo Gragnaniello. During the evening, in collaboration with Rai Tv, will be projected parts of the documentary Giorgio Verdelli “Non ci resta che massimo” (translated: “We just have to massimo”), which aired on Rai 2 in the “Unici“. The evening will conclude with a screening of the film “Non ci resta che piangere” (translated: “We just have to cry”). On the morning of June 10, in San Domenico, will inaugurate the presence of “Leonardo’s machines” in the “Exposure Impossible” organized by the Municipality, together with Rai and with the association Pietrasanta.

June 10, a day in memory of Massimo Troisi
Basilica of San Domenico Maggiore, Naples
from h: 8 p.m to midnight