Home News Montevergine prepares for the Feast of Candelora 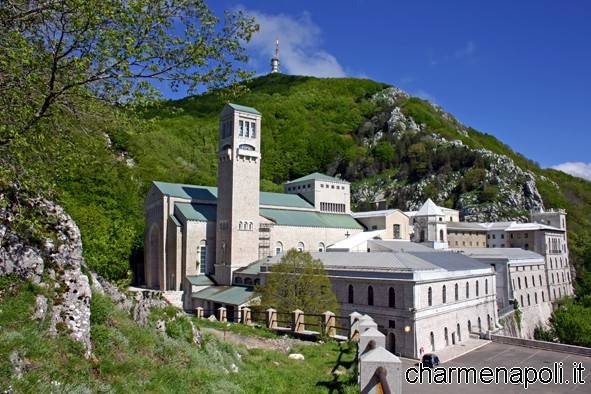 A tradition that is renewed for nine years with authenticity and participation, a ritual that combines pagan and Christian rituals in the name of equality of rights and dignity.
Even today, the ancient Feast of Candelora , maintains a strong link between the population and the succession of historical courses and resorts .

Sunday, February 2 the Montevergine Sanctuary in the mountains of Partenio, is preparing to welcome the crowd of pilgrims and visitors between songs, dances and costumes to the sound of castanets and tammore , give honor to one of the celebrations alchemical and evocative .
This year , on the occasion of the anniversary are planned debates, meetings and screenings , all at the foot of the sacred place of Marian devotion in the heart of Irpinia with real historical examples , such as the framework of Madonna Montevergine , the monument century dedicated to Caterina Filangieri , a precious Byzantine canopy of the twelfth century and thousands of votive offerings.

Do not forget that the genesis of the ritual has very deep roots , dating back to the Celtic tradition .
In those days the custom was referred to by the name ” Imbolc ” and marked the transition between winter and spring, or between the time of maximum cold and dark and the awakening of the light.
A meaning that was maintained over time.
From the rituals of ancient Rome, when the celebration was done to celebrate the goddess Juno, the first day of the month at the new moon , passing through the customs and traditions that the Jewish people linked to ceremonial purification , the feast of Candelora  backs  to the worship of the Christian religion , which for the occasion recalls the presentation of Jesus at the Temple
In this day are blessed candles symbol of Christ who enlightens consciences of the people.

From then on , the events that accompany this sacred occasion have multiplied, especially in the Campania region where it is particularly strong devotion to the Black Madonna , also known as Mama Schiavona , which is linked to a particular story.
It is said that in 1200 , she saved a couple of young gay men expelled from the city and chained on the mountain.
Hence the secular dedication on the part of those who feel close to the cause of equal conditions .

Sunday, February 2, 2014 18:00 p.m.
“Omovies meets Candlemas” – projection of the winners of the sixth edition of the film festival Omovies omesessuale and questioning of Naples
At the headquarters of zia Lydia Social Club – Teatro Carlo Gesualdo, Avellino

Sunday, February 2
Pilgrimage to the Shrine of Montevergine
www.santuariodimontevergine.com