Home News Naples view from the sea, so the siren Partenope charms the city 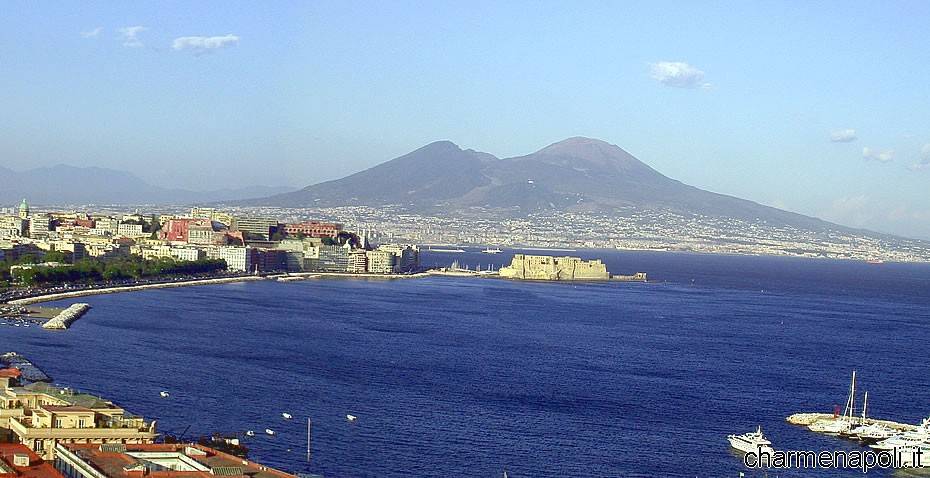 Close your eyes and think of the magical feeling you would get during a romantic tour of Paris, on the banks of the Seine. Now try to open them again, and as if by magic, imagine yourself directly at the edge of the typical river boat bateau-mouche, with the difference that this time the route veers starboard starboard enchanting Gulf of Naples and its many beauties.
From May to September, this will be possible thanks to the “Coast tour” organized by the shipping company Alilauro and the Departments of Tourism of the City of Naples and the Campania Region.

The project, after the success of last September, again with a greater number of days and races available to tourists and citizens.
To be precise, every Friday, Saturday and Sunday departures are scheduled during the day time (three races on Friday afternoon and six on Saturday and Sunday).
But we see in detail the route.

The meeting point and departure of the “bateau – mouche” in Neapolitan sauce is Mergellina: from there you melt the tops and go at full speed towards the picturesque coast of Posillipo, until you reach the small island of Nisida. From there it goes back, sailing around the outside of the Gulf , passing through the ancient manor of Castel dell ‘Ovo , to dock at the starting point.

In the course of the charming marine tour , you can see up close the precious nature reserves in the city of Partenope and its ancient buildings .
Among these, stands the Palazzo Donn’Anna , the monumental building of the seventeenth century that is located at the beginning of Via Posillipo, a place linked to the legends of the famous Napolitan writer Matilde Serao , according to which,  in the noble rooms of the residence would be around again ghost of a young and beautiful Mercedes de las Torres.

Still , do not miss a stop at another illustrious Neapolitan residence , which is Villa Rosebery , one of three official offices of the President of the Republic, designed by the brothers Luigi and Stefano Gasse, the latter also among the designers of the Villa Comunale of Naples.
Finally, as not to linger in front of the staggering beauty of the underwater archaeological park of Gaiola, a little piece of paradise just a short walk from the coast ?
The island, which stretches from the village of Marechiaro to the Bay of Trentaremi owes its peculiarity to the merging of elements volcanological , archaeological and biological . On the seabed of the park it is possible to see the remains of ports , nymphs and fish ponds currently submerged.
All these findings come probably from the Imperial Villa Pausyllipon, the adjacent Roman house where the noble Roman Publio Vedio Pollione  decided to spend the last days of life.

This and much more is included in the path between the natural wonders Neapolitan , for a period of forty minutes , more than enough to satisfy the senses of sight and hearing, lulled by the quiet movement of the waves and lost with the eye in the infinite blue on the horizon.