Home News On stage, when films tells the story 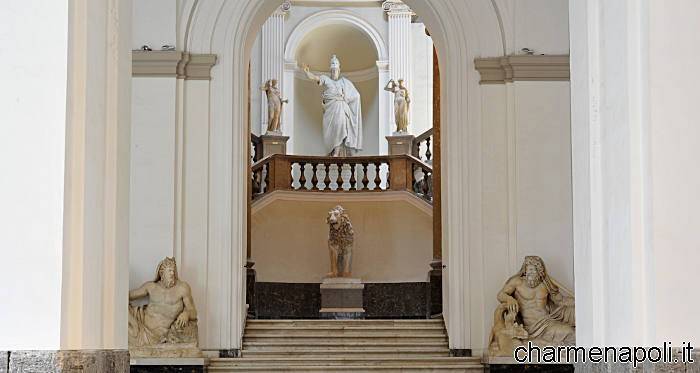 The heroic deeds of the great leaders of all time (but not only those) calling on the big screen in the National Archaeological Museum of Naples. Yes you read right. Within the space of one of the most important museums of the Earth, there will be an original film club with monthly meetings, starting Saturday, February 15th until May 24th.

Theme of the festival: the main historical events with their famous protagonists.
Myths and legends related to the uses and customs of ancient Greece, including businesses and heroines of conquerors such as Alexander the Great and Joan of Arc, to touch the fruit of fantasy characters like Asterix the Gaul, all the films screened will re-viewers in the features and highlights of the many events that have helped to write the history of the world. Episodes that will bound the cinespettatore, involving them in the film narrative, aided not only the selection of films, but also the beauty of the masterpieces of ancient and modern art adorning the halls of the majestic cultural site chosen to host the event. Masterpieces that contribute to the full identification of the visitor in an atmosphere of times.

The project “The film tells the story”, now in its fifth edition, is edited by experts from the National Archaeological Museum of Naples, and they will, from time to time, to introduce the theme of the film and stimulate  the audience  towards a constructive debate on what has just been seen.

“The film tells the story”
February 15, 2014 – May 24, 2014
Archaeological Museum of Naples, Piazza Museo Nazionale 19, Naples
The screenings will take place on Saturday afternoon at 17:00
Reservations: 081.4422149, Information Office of the Archaeological Museum

Program of the film club:
February 15
Alexander the Great (Rossen, 1956)