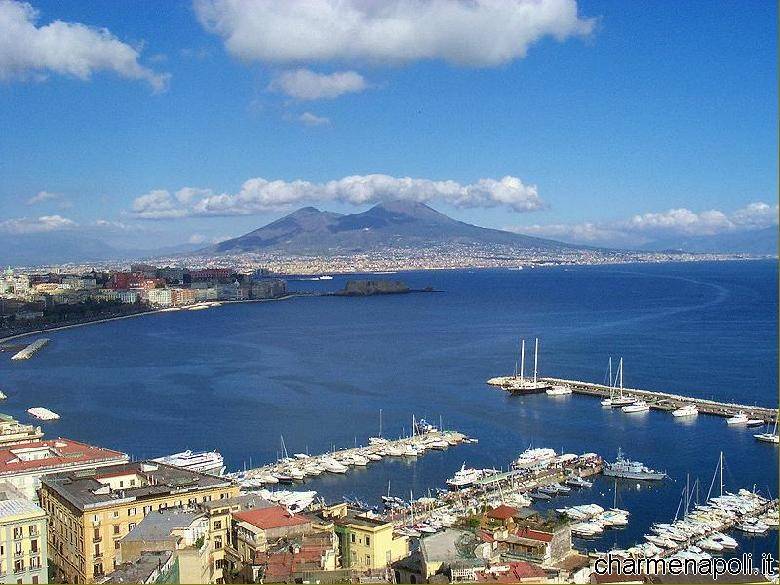 Saturday, march 8 , the day in which it pays tribute to the courage and strength of women who have made history and fought for equal rights , the city of Partenope brings in a unique and special gift to the fairer sex.
That plan, in fact, is a packed calendar of events, which is really worth to take part.
The first appointments are scheduled for Saturday, is organized by the cultural association of the Muses workshop with Dr.Tiziana Assante curator of the interesting path through “Stories of women ,saints, virgins and commoners” in which the female audience will welcome guest , in a totally free.
Starting point dell’imperdibile artistic and cultural tour, is the church of Sant’Anna dei Lombardi in Piazza Monte Oliveto, a masterpiece of Renaissance art dating back to 1411.

Recall that the sacred building , which houses the tomb inside the architect Domenico Fontana , is dedicated to one of the most prominent holy figures of Christianity which is Sant’Anna, indicated by the evangelical tradition as the mother of the Virgin Mary and venerated for his bliss.

Still, it continues with a stop in another historical place of the city: the Basilica of San Lorenzo Maggiore in the heart of Piazza San Gaetano, where once stood the ancient greek agorà.
It is said that among its Gothic walls, the Florentine poet Giovanni Boccaccio met for the first time the beloved Fiammetta, a muse for many of his poems.
Leaving behind the amorous exploits of the author of the Decameron, we find ourselves before the impressive theatrical performance in which the actor will play Max Cataliotti some poetic songs.

Finally, we will face the ultimate and fascinating destination of the journey made ​​in Partenope: the cloister of San Gregorio Armeno.
The monumental structure located in the homonymous complex of via SpaccaNapoli, has for centuries been denied citizenship and open to the public only in 1922 when, thanks to the Basilian nuns, there were carried out the relics of the patron saint of the Armenian Apostolic Church.

We now move in the picturesque volcanic area of ​​Campi Flegrei, next destination for the day on March 8. Here, directly in the conference room of the magnificent Aragonese Castle of Baia, there will be a real treasure hunt , organized by the Archaeological Group Kyme, and the natural complex “Ramo d’oro”.

The object dell’affannosa research will be nothing less than the treasure of Campi Flegrei, a box consisting of 78 ink drawings made ​​by the young artist Campania Marco Capuano.
It is a real treat their art with sketches all accompanied by captions and two introductions of the author, by Dr. Pierfrancesco Talamo office excavations of the Castle of Baia and Dr. Paolo Caputo office excavations of Cuma.

The proceeds of the event and the sale of caskets, will be used to contribute to the enhancement of archaeological sites in the area flegreo agreement and with the permission of the Archaeological Superintendence.

“Stories of women ,saints, virgins and commoners”
Saturday, March 8th 10.30 am
appointment at the entrance of the church of Santa Maria di Monte Oliveto ( Sant’Anna dei Lombardi).
Reservation number 342.1515905 or mail to: segreteria@officinadellemuse.info