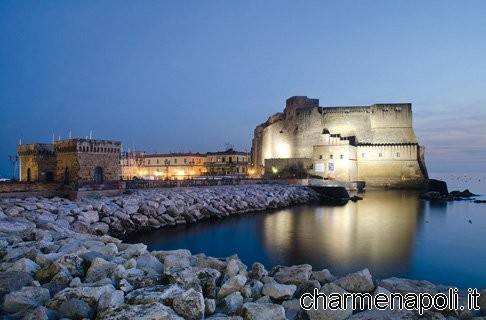 Where else but in Naples , you can enjoy breathtaking panoramic view of the genuineness of good food, lively voices and colors that chase up the alleys and vicarielli with the spontaneity of a people living the art of everyday ” do ” .. ? Well if you want to try and touch what is true in the myths and legends that revolve around the city of puffins , then Sunday, January 26 you really can not miss. The program is really thick and deserves proper attention. It starts with a visit to the original theatrical proposal by the Cultural Association Nartea that traces the origins of the miracle of the dissolution of the blood of the saint patron of the city. , which traditionally takes place every year.

Always this phenomenon is attributed by the faithful only to San Gennaro , but in hindsight this divine manifestation would have a more distant origins . Apparently already in 1632 , a French tourist, told in his ” Voyage dans le royaume de Naples ” Naples had found more than three thousand relics of Christian martyrs , jealously guarded in private residences or convents , confirming the link between the people and the piety or religious devotion .
To find out more, you just have to take part in the walk narrated among the thousands of remains scattered among the hundreds of churches and learn about the history and the ancient stories associated with them , thanks to the support of the guides and actors who accompany visitors between sacred places of Partenope .

The journey through the history of Naples continues , this time with a jump back in time , specifically in the first century BC , the date of construction of the famous Villa of Poppea . The ancient Roman house , is part of the archaeological excavations of Oplonti, or the ancient city of Pompeii Oplontis , buried together Pompeii , Ercolano and Stabiae after the eruption of Vesuvius in 79 AD Today, the area recovered is located in the center of the city of Torre Annunziata and includes the famous villa which is said to have belonged to Poppea Sabina , the second wife of the Emperor Nerone .

The royal residence , surrounded by a maze of majestic environments consist of porches, kitchens, halls and gardens, has been included for a reason in the list of Unesco World Heritage Site. At one of the rarest pearls in our area , the Association Royal Sites dedicates , therefore the day on Sunday with an exciting archeological journey not to be missed .

Finally to round off and pamper yourself with good music , as well as the ancient Romans did with the bagpipes and tuba, the appointment is with the cheerful notes of Francesco Villani, Luca Bulgarelli and Sergio Di Natale for the eighth edition of Naples Jazz Winter . Sunday, January 26 , in the  Auditorium  Via Salvo D’Acquisto , a step away from Castel St. Elmo.

” The Villa of Poppea in Oplontis “
Sunday, January 26 , Meet at 10:30 p.m.  at the entrance to the archaeological excavation of Oplonti on a Tomb , Torre Annunziata Reservations required to be made by the day before the visit. Info and reservations: 392/2863436 – cultura@sirecoop.it – www.sirecoop.it