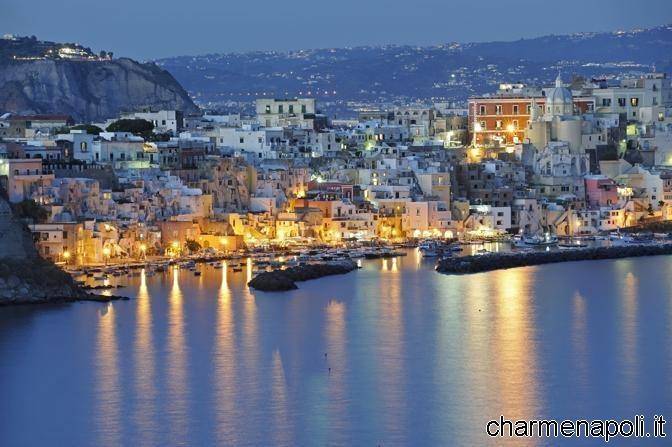 Tonight, Friday December 27, Procida will jump back in time 2,000 years to the preparation of the Living Nativity “A Neighborhood around the crib.” An event for tourists and visitors who will go into the streets and alleys of the old town surrounded by an atmosphere of the history. A picturesque path and never repetitive from the scene until you get to the individual performers of the Nativity. The volunteers of the Churches of Saint Leonardo and S. Maria delle Grazie have created a spectacular setting in its simplicity able to surprise and excite.[charme-gallery]

The performance will take place starting at  7 pm between the Vineyard, the Vessel and the “Schianata”, the heart of the old part of Procida, under the former Bourbon prison that will open in the new year with visits to the public. The crib has the advantage of bringing together and involve about 200 people, including the elderly, children and young people, making them work together and then presenting as an expression of solidarity, beyond poetry, religious emotion and romance. The soft light of torches give the alleys and ancient buildings a magical simplicity. As if by magic relive the past with its characteristic landscape, its folklore, its traditions, customs and traditions come to life again of civilization now forgotten. The long path where they will meet the arts and crafts of the past, accompanied by the sound of bagpipes, leads the visitor into the hut of the Nativity.

At the end of the tasting is a must for small Christmas delicacies accompanied by the excellent local wine, repeatedly praised by Eduardo de Filippo in his plays. The same leitmotif will be repeated tomorrow, Saturday 28th, starting at 6 pm, in the grange of Madonna della Libera with the staging of the Living Nativity oratorio of young people led by Don Michele del Prete.

Do not miss the Christmas Market, from 9 am to 1 pm in Piazza Marina Grande the National Theatre of Puppetry of the family Ferraiolo, among the most famous in the world, which will stage four performances (11 – 12 am to 4 – 5.30 pm) at the council hall “V. Parascandola. ” The program to date can be found on www.facebook.com/TurismoProcida or by contacting the Tourist Office of the Municipality of Procida: Tel 081 810 9258 – 339 270847.