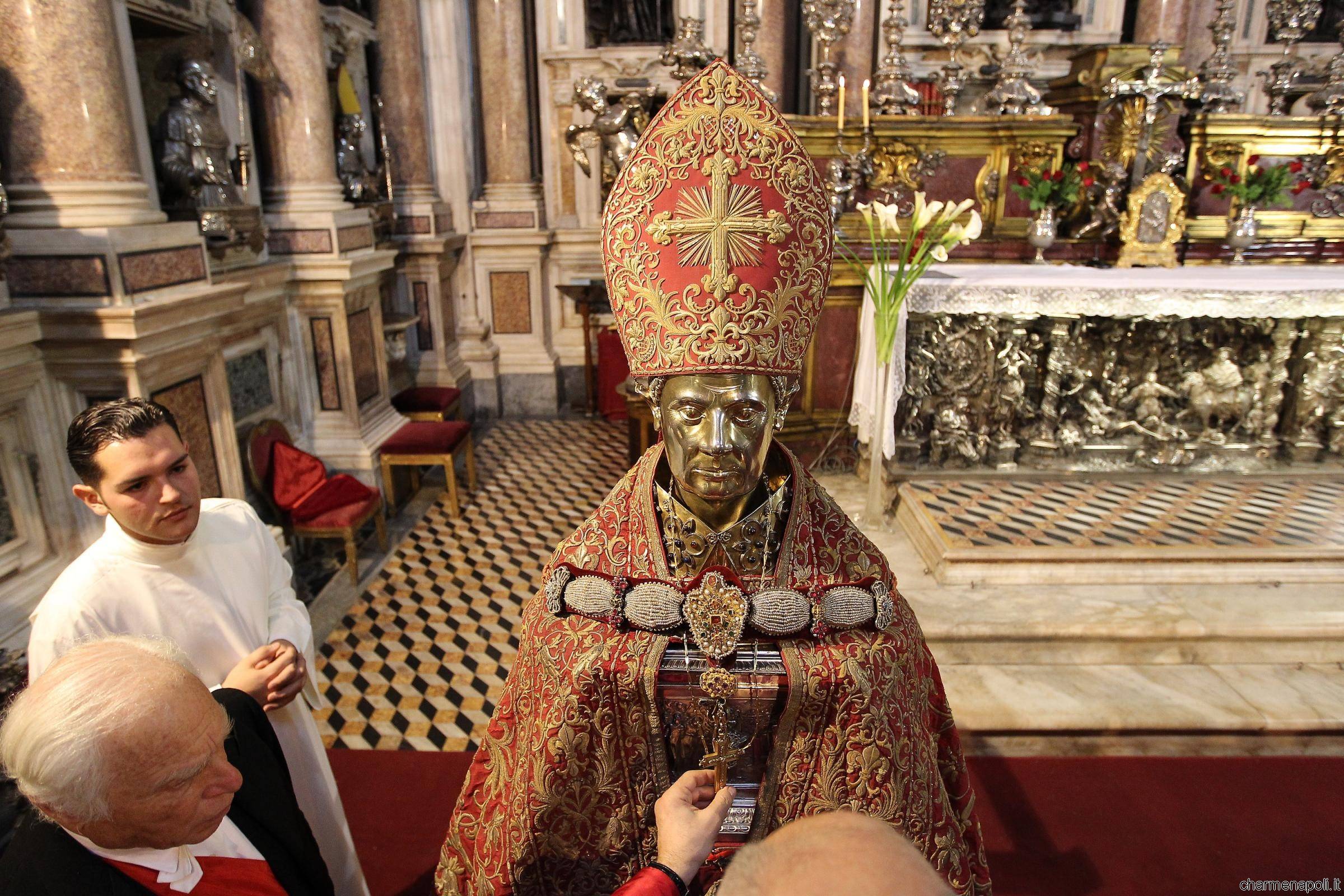 From Naples all over the world this year, San Gennaro, the patron saint patron of the city of Naples, reach farther places where they live Neapolitans with the program “Gennaro, the blood of a people.” The Church of Naples, together with the Foundation Make church and the city has set up a number of initiatives in view of expectation repetition of the liquefaction of the blood of San Gennaro, the 19th of September. A fragment of Naples will become the means of spreading the tradition in the countries of North America, Latin America, Australia and South Africa, where the liturgy will be streamed from the city’s cathedral. The initiatives will serve to create, in the intentions of the organizers, a “community” that can bring together, in a religious event, distant points of the earth. From 9 September and throughout the month, and not just in the city come to life events approach the hoped-for miracle and celebration of the saint. The program includes several musical concerts at the Teatro San Carlo in Naples, the Russian Symphony Orchestra “Chaicowsky” and the chorus of Brasov and Craiova, the band of NATO, the Coral Tower of Greek together with the Sanitasamble and Sancarlini. Three hundred and fifty children, however, will stage a show, thanks to the project “Music in the holy places. Sings, plays and walk”, implemented together with the Foundation Make church and town, the Scabec and the Campania Region. On the streets of the city, there will be the road race, “Run for San Gennaro” which will start from the cathedral to the presence of Cardinal Crescenzio Sepe, Archbishop of Naples. As is customary for the Church of Naples, there will be initiatives to promote social inclusion. And ‘the case of “Urban game”, organized Unitalsi on the Lungomare Caracciolo to play together disabled and non-disabled children and a show, in front of the cathedral, proposed by “O Roma,” fusion experiment of musical traditions of’ Southern Italy, the Balkans and the Roma. Yet art and culture with the Tableaux Vivants of Caravaggio who will offer a theater in the museum complex of Donnaregina Vecchia; guided tours at reduced cost to the places associated with St. Gennaro; The event, sponsored by the City of Naples “Imago Mundi,” directed by Giulio Baffi, with puppet shows and in the Cathedral and the Museum Donnaregina; “San Gennaro Day” organized by “Jesce Sole”.