Home News Pompeii ruins, casts of the victims studied as the Shroud 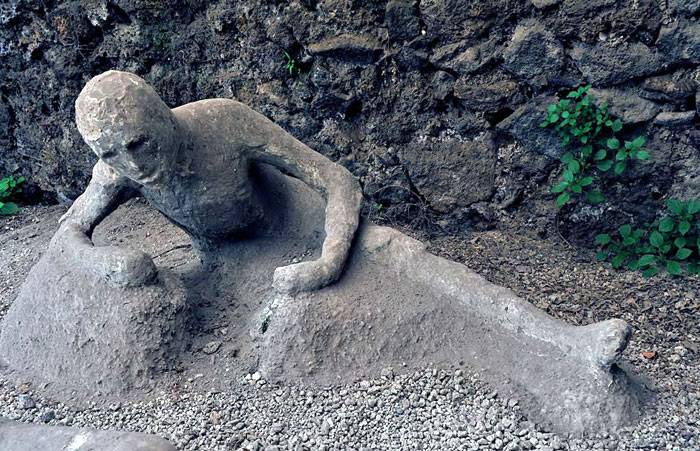 Will be restored but also studied how the Holy Shroud, for the first time, the “casts” of the victims of the eruption of Vesuvius in 79 AD, preserved in the ruins of Pompeii. The restoration work will take place in the laboratory of the Superintendent, which has just started to move from the current exhibition areas. The restyling has been included as part of the Great Project Pompeii. In all, 86 of the casts of Pompeii, of which more than 20 will be on display at the exhibition “Pompeii and Europe. 1748- 1943“, scheduled for May 27. Currently, the “casts” are exposed in some buildings of the archaeological Marian (Macellum, Granai, Terme Stabiane, Villa dei Misteri). Scholars of the restoration workshop of the Superintendent will work in the adjacent area of ​​Insula Ocidentalis, with more sites set up in situ at the Garden of the Fugitives and near Porta Nocera. The intervention, in addition to allowing the recomposition of some of them found in fragments, such as those at via Nola, provides for X-ray investigations, specific studies on the DNA, reconstructions with laser scanners. The Superintendent also points out that precisely in order to allow the installation of the exhibition work is continuing on the Amphitheatre which will remain closed until the opening of the same (27 May).