Home Routes Pompeii ruins: is okay! In 2014 about 2.7 million visitors 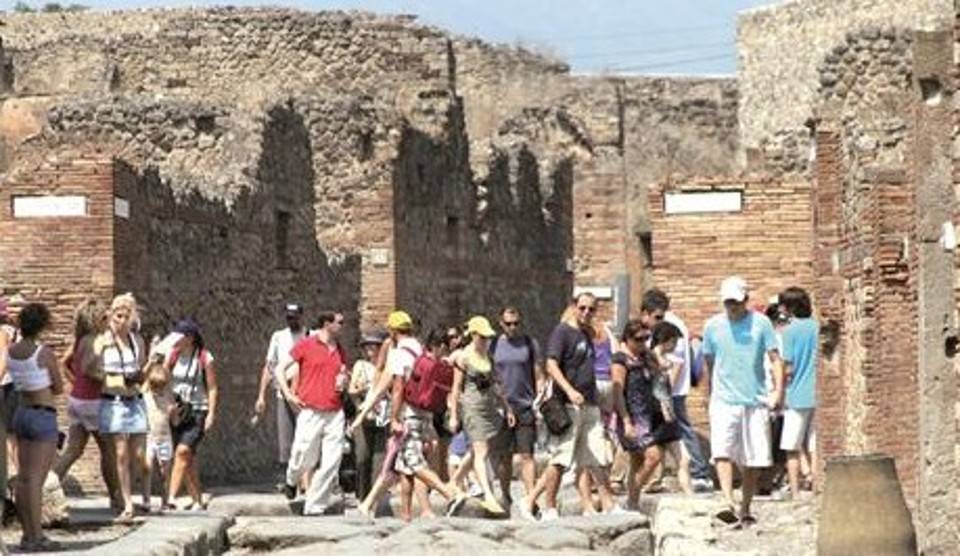 Smashed the threshold of 2.5 million. In Pompeii is boom of visitors. In 2014 were recorded precisely 2,668,178 inputs. In total, including the poles of Herculaneum, Oplonti, Boscoreale and Stabia, the archaeological sites in the shadow of Vesuvius have attracted well 3.15279 million visitors. A budget certainly positive, as explained by the superintendent Massimo Osanna during the press conference convened primarily to illustrate the progress of the work of the Great Pompeii Project (105 million euro). “We have expanded and optimized the offer of visit (she had never been so varied and attractive), we reopened the Grand Theatre of Pompeii, promoted exhibitions of international importance, we have organized concerts, scientific conferences, study conferences. We have made arrangements with universities for research projects, signed agreements and memorandums of understanding on an international scale, we have enhanced experiences such as the Harvest in Pompeii. we have to overcome what I call the obsession of the collapses. Pompeii is not only that. in fact, the numbers show that the attractiveness is strong, he reiterated the superintendent announcing the “Great Pompeii exhibition in Europe“, scheduled for May 26 at the Archaeological Museum of Naples, when will display works that were inspired in Pompeii, from Picasso to Canova and will be compared with the original parts. Hosanna simultaneously also recalled how it was restarted, recently, also the restoration of the Great Gymnasium where he soon will be exposed frescoes Moregine known worldwide. The significant increase of visitors coincided with the opening of 13 new Domus of the archaeological site of Pompeii: Casa del Menandro, Casa dei Ceii, Termopolio di Vetutio Placido, Casa del Giardino di Ercole, Casa di Marco Lucrezio Frontone, Casa del Poeta Tragico, Casa dell’Ara massima, Casa di Apollo, Casa del Principe di Napoli, Terme Suburbane, Casa della Caccia Antica, Casa di Cornelia e la Casa di Marco Lucrezio Stabia