Home Routes Pompeii ruins, reopens to the public Villa of the Mysteries 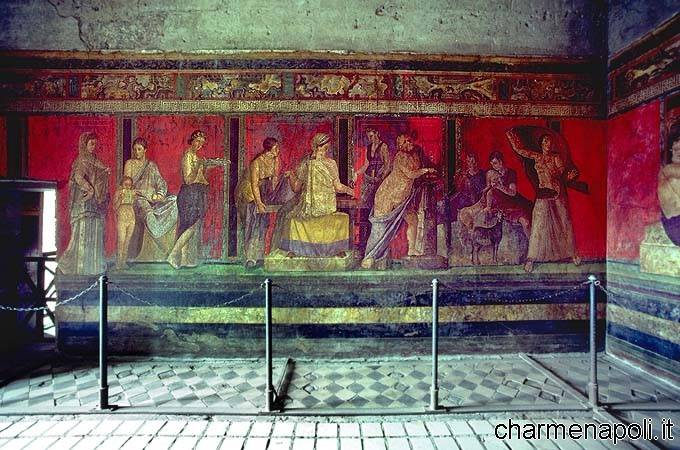 All set in the ruins of Pompeii to the reopening to the public of the splendid Villa of the Mysteries. After two years of work (for restoration), the famous mansion frescoed with “Dionysian mysteries” will again be entirely visited, in all its environments. The reopening of the site Vesuvius is scheduled for Friday, March 20, with preview the press the day before. Work began in May of 2013. They were financed with ordinary funds of the Superintendent and were conducted in batches to allow the visit of the public in areas not affected by the construction site, thus preventing a building as important was not usable for a long period long. The interventions have affected more than 70 environments that make up the patrician residence, with special reference to the decorations that cover the walls and floors, and has had exceptional character of both the vastness of the Villa, both for the meaning that it takes as a symbol the ancient city. Over the years, starting from the excavation of the Thirties, the paintings and the floors of the Villa of the Mysteries were frequently the subject of interventions of “micro-restoration” and maintenance, carried out according to criteria considered then correct and highly effective, but that in time revealed problematic outcomes, such as the use of wax on the walls, that has so protected, but at the same time darkened. The meeting was preceded by a detailed campaign preliminary investigations, once the identification and characterization of materials and painting techniques, the nature of the discoloration and fouling prodottesi in time. The last batch started November 24, focused, in particular, the restoration of the Hall of the Mysteries and the final cleaning of all the decorations pavements. For his execution was essential closure of the Villa for a period of about three months, then become four, because of the difficulties caused by the bad weather of the past month.