Home News Pompeii ruins, reopened in June, the House of the small fountain 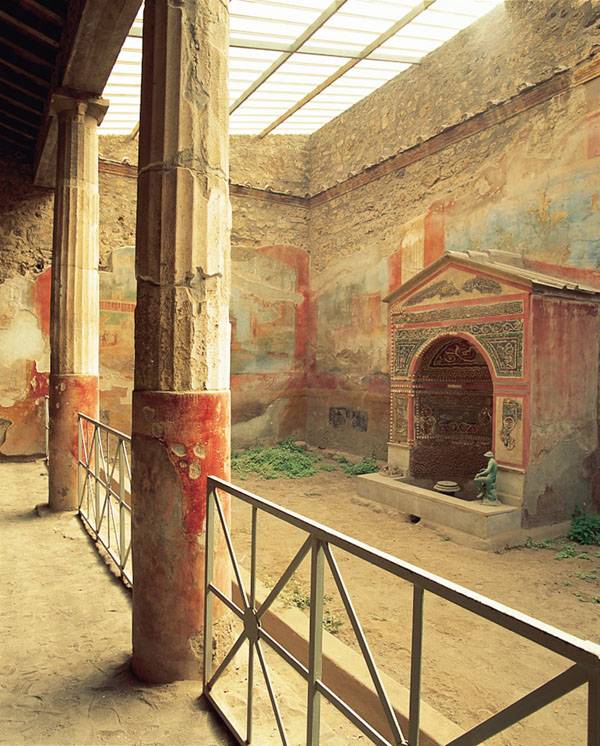 By next June, just in time to complete the process of testing the work of static consolidation, you will again visit the House of the small fountain in the ruins of Pompeii. It is one of five sites which were financed with European funds of the Great Project Pompeii. With a novelty: “The House of the small fountain is a virtuous model of public private partnership”, said the superintendent Massimo Osanna. In fact the work to consolidate the structures and re-roofing (200 thousand euro, to recover also the reinforced concrete dating from previous restorations of the 70) were financed with funds from the Great Project, directed by General Giovanni Nistri. The restoration work on the frescoes and mosaics and the beautiful fountain that gives its name to the House, have been funded by the Foundation CittàItalia. “We invested 40 thousand euro” confirmed the secretary general of the Foundation, Ledo Prato. “Ten thousand euro we have found through the 5 per thousand, 10,000 gave them donated the Fondazione Banco di Napoli. The other 18 thousand euro were collected from the corps de ballet of the Teatro San Carlo in Naples“. “It ended in the best way”, said the general manager of the Great Pompeii Project, General Giovanni Nistri. “Indeed, we were able to anticipate the proper time, from 180 to 120 days. This shows that there was a good direction of the work”.