Home News Pompei ruines, will shine the Domus of the Amorini Dorati 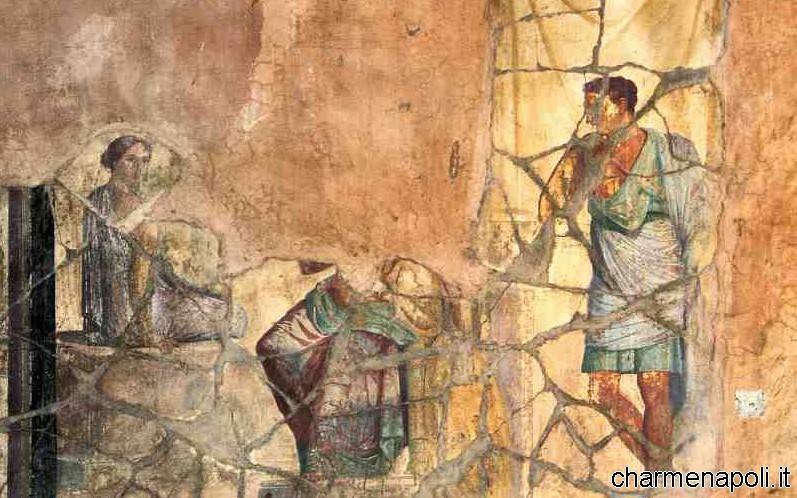 Reopens to the public, from Friday, the Domus of the “Amorini Dorati”, after a thorough restoration. The building, a stately home which occupies the southern side of the insula 16 of Region VI, is one of the most notes of Pompei for frescoes and mosaics that document the various phases of construction. The structure is the result of union, in the middle of the first century BC, of two houses of the third and second centuries BC. The domus is centered on a large and unique peristyle with one hand side spectacularly. [charme-gallery]The house owes its name to some discs of glass with gold leaf which were engraved the figure of a cherub, which decorated the master bedroom of the owner (that the graffiti indicate in Gnaeus Poppaeus Habitus, a member of the gens Poppea and perhaps a cousin of Poppea Sabina, the second wife of the Emperor Nero), of which only one remains in situ (others are in the Archaeological Museum of Naples). The frescoes are the main so-called Third Pompeian style and depicting scenes from Greek mythology.