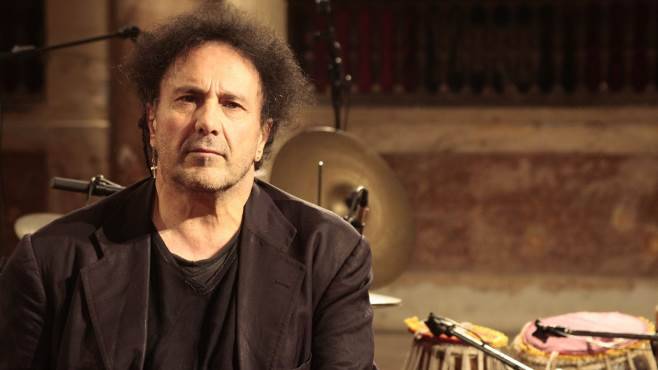 Enzo Avitabile and Bottari, Tony Esposito and Marcello Colasurdo will kick off the 17th edition of “Mediterranean Trails“, an international festival of ethnic music on July 31 in the town of Irpinia Summonte (Avellino). In the program, the first phase will develop the first and 2 August and will continue until September 27, also “live” by Hevia, Roy Paci, Nicola Piovani (August 15), Luis Bacalov (August 13), Bruno Canino, Fiorenza Calogero and many other artists. The section “Events in Abbey” will be hosted in the Cloister of the Abbey of Loreto on days 7, 13 and 15 August and then in the Tapestry Hall September 12 to 27, where they will give space to the chamber music. “It is often attempted to define this event in various ways: formal, historical, anthropological, sociological, sentimental, memorial but no one ever appeared rewarding – he says the artistic director Avitabile – The feast of music tells the freedom of peoples, the die and leave something that remains of the day in the heart of the world. The myth, the truth, the lure of life with its pain, the hope, the promise land”. Mediterranean Trails, is organized by the City of Summonte with the Region and next to the music offers also events related to folk traditions. “Events in Abbey complements, through a unique proposal, what is the mission of the Mediterranean Paths – the mayor of Summonte, Pasquale Giuditta – bringing out what is the historical ties that united the community of the Benedictine Fathers of Montevergine in Summonte, through Malerba family that lived the castle. The majestic Angevin Tower, the alleys of the old town, the Abbey Palace of Loreto, the Sanctuary of Montevergine, will be the suggestive location of the event”.