Home News Holidays in Campania for mayor of New York 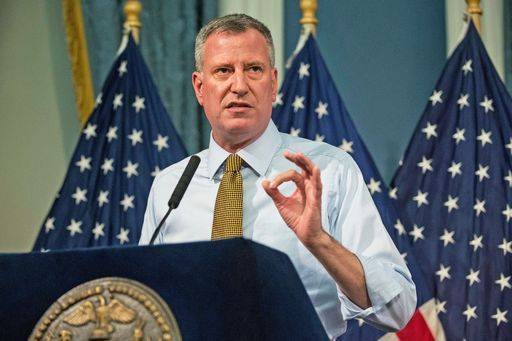 Campania Holidays…for mayor of New York, Bill De Blasio. According to sources in the New York Daily News, the first citizen of the “Big Apple” is preparing to spend ten days relaxing in Italy where he will visit Rome, Venice and Naples.
According to the American newspaper the political origins of the Sannio, will start July 18 with his wife Chirlane McCray  and children Clare (19 years old) and Dante (16 years).
During the holiday – the longest in memory for a mayor of New York City in recent times – the De Blasio also will travel to Grassano (Matera), the country of origin of the maternal grandmother (Anna Briganti) and especially in Sant’Agata dei Goti (Benevento), country of origin of the paternal grandfather of Bill, Giovanni De Blasio. Needless to say, in the small Sannio’s town everything is ready for the arrival of the “mayor” who, once in Sant’Agata, will receive the honorary citizenship. The last time the mayor of New York visited the village of Benevento dating back to the summer of 2012. De Blasio even then traveled in the company of his wife and his two sons. A journey that will be repeated in a few days. In Sant’Agata dei Goti, Bill De Blasio should stop the whole day. It will almost certainly take advantage to visit the cathedral of Pope Sixtus and to enjoy one of the delicacies of his land which need to be particularly fond: the “cazzarielli al ragù“, cavatelli and pork chops. All washed down with a good swig of Falanghina.