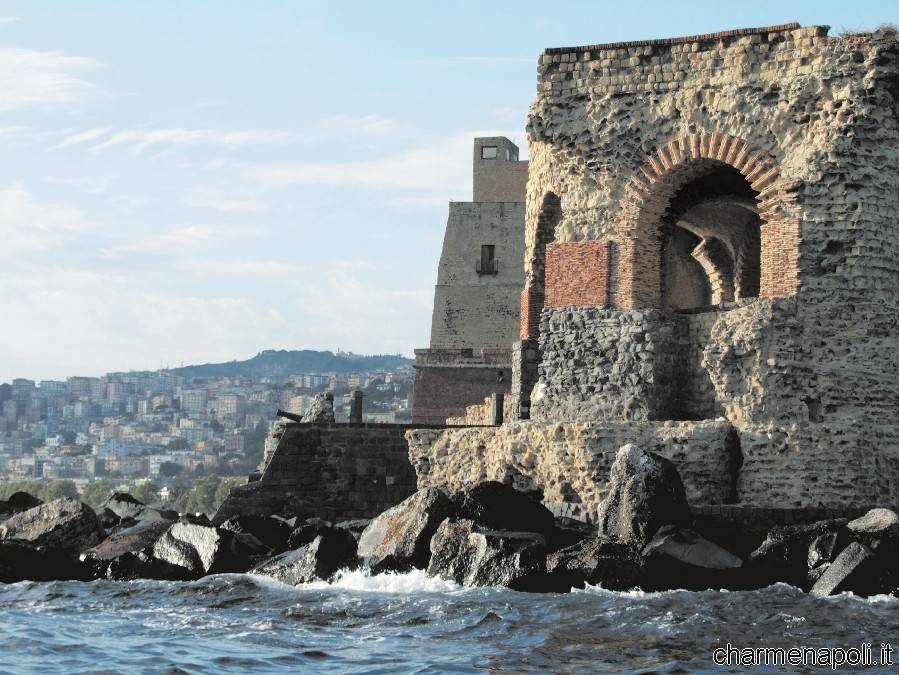 When the Siren Parthenope, spurned by the Greek hero Odysseus, beached herself on the island of Megaris, little did she know that almost 1000 years later it would be the site of one of the Roman Empire’s most lavish houses, the villa of Lucius Licinius Lucullus, or that it would provide the foundations for the magnificent Castel dell’Ovo, Naples’s landmark fortress. And manor of Virgil, magician, poet and healer. Historic protector of the city during the years of the Middle Ages.

The links between the ex capital of the Kingdom of the Two Sicilies and the deeds and legends of the ancient world are stronger than might be expected, starting with the city’s name: Neapolis was the “new city” of the Greek colonies that were appearing throughout Magna Graecia along the Tyrrhenian shore, and much archaeological evidence of this settlement has been brought to light. Naplesis one ofItaly’s oldest cities, dating as far back as the 9th century BC when the first colonists transferred here from nearby Cuma. [charme-gallery]Up to settle in one of the most beautiful and enchanting of all ofNaples: the hill of Posillipo. Its name derives from the greek Pausilypon which literally means “a respite from danger” or “that could stop the pain”, a name linked to the breathtaking view that you also enjoyed 2,500 years ago by this extraordinary arm of land stretching out into the sea. The city was part of Magna Graecia up until the Samnite Wars, when it fell under Roman control, although it preserved its Hellenistic nature and Greek was the city’s official language until the 2nd century AD. Its road layout was also typically Greek, with long straight streets intersecting at right angles, which the Romans left virtually untouched and have survived to the present day. The Greek ramparts have likewise survived and can be seen in Piazza Bellini, Piazza Cavour and elsewhere in the historic city centre – some incorporated into modern buildings – and it is said that even the mightyHannibalwas unable to breach the city defences. [charme-gallery]However, Greco-Roman Naples is not just about bricks and mortar. The city’s famous Duomo conserves the early Christian basilica of Santa Restituta, built by command of the Emperor Constantine on the foundations of the Roman Temple of Apollo, whose Corinthian columns are still visible in the Cathedral Chapel. Beneath the cathedral, archaeologists have found traces of a road with grooves left by cart wheels, the remains of some opus reticulatum buildings and lavish mosaic floors. Other ‘survivors’ include the Statue of the Nile in nearby Piazzetta Nilo, heart of the Egyptian quarter at the times of the Empire, while Piazza San Gaetano was the site of the Greek Agora, Odeon and the Temple of the Dioscuri, some features of which are still visible in the church of San Paolo Maggiore. The rest was buried by silt and ash from the eruption of Vesuvius. This stratification phenomenon, caused by the volcano’s successive eruptions and the frequent flooding to whichNapleswas subject, buried much of the ancient city and its waterways.[charme-gallery] Apart from the remains of a vast baths complex in San Giorgio ai Mannesi, an ancient theatre in Anticaglia, the Roman aqueduct in Ponti Rossi and the remains of friezes from pagan temples in the base of the bell tower in Piazzetta della Pietrasanta, most of the city was engulfed in mud or covered by ash and volcanic lapilli.

However, it is still there. Tourists can take an adventurous tour down wells and along narrow tunnels into huge underground caverns beneath the thoroughfares of the modern metropolis for a breathtaking visit to the ancient streets and early Christian catacombs. One of the entrances to the underground city is to be found near thechurchofSan Paolo Maggiore, but the sight that should not be missed is the remains of the Roman market place and street beneath the foundations of San Lorenzo Maggiore.