Home History The Naples of 700 lives in the ancient tradition of the... 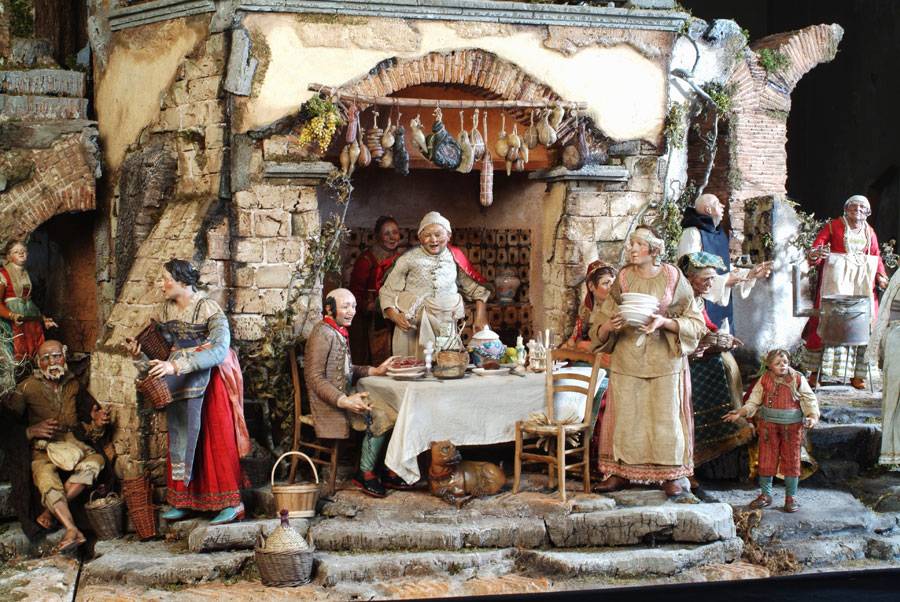 Charm , mystery and legend surround , as always, the ancient art of Neapolitan crib . And there are also many symbols , hidden or manifest, that for centuries characterized the most sacred and evocative representations . The same as in the craft shops of Via San Gregorio Armeno , in the heart of Decumani , lives its highest artistic sublimation . From the hushed awe of the shepherds, the sleep of lazy Benito , passing the royal procession of the Magi , to the divine mystery of the birth of the Child Jesus , the whole scene is covered by a unique and particular .

Yet , on closer inspection , the custom crib refer especially to what can be called a true theatrum of groceries . Yes ! The teeming with shops , pubs and shops of food that surround the sacred scene of the Nativity , including dinner tables , taverns full of patrons and butchers meat transhipped , confers full membership, a folk dimension to the crib which is the equal to the spiritual.

The original vision of the tableau vivant culinary finds its highest expression in the” presebbio che se  fricceca “, or the crib that moves, so to speak the dialect to describe the figures ” furniture” passion play staged in the scenic many nativity scenes on display in churches and museums of Partenope .