Home News Pozzuoli, reopen the cathedral of the Rione Terra 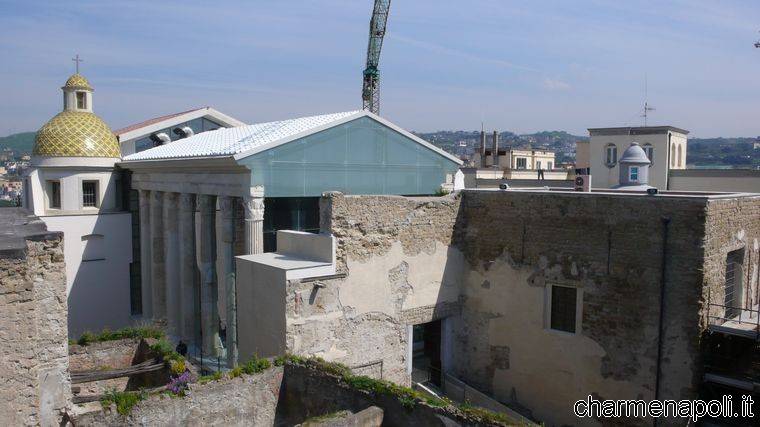 Half a century ago it was destroyed by a fire, sad omen of bradyseism a few years later would have forced the inhabitants of the old area of Pozzuoli Rione Terra, to abandon it. Fifty years since that night between 16 and 17 May 1964, the Cathedral Basilica of St. Proculus Martyr, the Cathedral of Pozzuoli, finally opens its doors to the faithful. The event is scheduled for Sunday, May 11, at 17.30 when the Parish of Santa Maria delle Grazie before the procession through the city streets that will culminate with the rite of blessing and the Holy Pontifical Mass in the Cathedral.

A dream come true, then, for the bishop of Pozzuoli, Monsignor Gennaro Pascarella: “The bishops wanted my predecessors and are committed to return again to celebrate the mother church of the diocese. Too, in the past ten years presence in Pozzuoli I strongly wanted to be able to celebrate in the cathedral. Is finally time, that fills me with joy”, said the prelate. “Fifty years, and you do not ‘have to celebrate it, there are many – he continued – different generations do not know the Cathedral. Only people of a certain age have registered in their memory the splendor of the baroque style and the beauty of the celebrations that took place there. necessary to help the younger generations to rediscover a place that is no longer the same as before, but has regained a beauty that was hidden”.

The Diocese of Pozzuoli, which extends from the Campi Flegrei to include the western suburbs of Naples, so to get back to its maximum point of reference: “To the Diocese Cathedral is a symbolic landmark important”, admitted Monsignor Pascarella announcing that “some parishes are already organizing pilgrimages to the Cathedral, shortly after the initiation of May 11”. The reopening of the worship of the Cathedral of Pozzuoli is a decisive step in the recovery of Rione Terra, the ancient fortress heart of Pozzuoli and uninhabited since 1970 when the first bradyseism and then 80 earthquake forced the evacuation of the inhabitants: “The Cathedral was there, the heart of the civil and religious life of the city – said the bishop Pascarella – bradyseism and the earthquake has forced people to leave. ward for many years before the Earth was a desert and then a construction site. The return and the opening of the Cathedral is only the first step towards returning to the city from all over the ward Earth”.

The restoration work led to exploit all the historical phases that the religious system has gone through over the centuries. The fire did in fact emerge the temple of the Augustan age, sumptuous marble monument designed by architect Lucius Cocceius Aucto, later incorporated into what became the cathedral of the Christian community of Pozzuoli. In 2004, the group led by architect Marco Dezzi Bardeschi has been declared the winner of the international competition organized by the Region of Campania for the restoration of the temple cathedral.

Now, you can admire a unique: it is the visible temple, which coincides with the liturgical hall, while in the presbytery you can admire the beauty of the addition Baroque. But not only thanks to the restoration work is also coming off the Pozzuoli in the first century under the current ward Earth.

The bishop echoed the mayor of Pozzuoli, Vincenzo Figliola: “The reopening of the Cathedral is an event that gives us the opportunity to accelerate the process of returning to the city of the fortress, which is a driving force for development throughout the territory”. In 2003, the City Council of Pozzuoli outlined the tourist accommodation and cultural center of the Rione Terra. “It will house the archaeological itinerary, the Diocesan Museum and the Civic – revealed Figliola – we want to make the village the pride of the city, can to attract investment and jobs through retraining tourism. Nowadays we can live a historic moment to give the city a pre-tour”. An idea reiterated on the occasion of the visit of German Chancellor Angela Merkel, who admired the Rione Terra before returning to Germany at the end of the Easter holidays spent in Ischia: “The words that he spent in my presence the day he visited the Cathedral and the fortress – said the mayor – give us incentive to do quickly and well”.