Home Art Artenope, all colors crafts made ​​in Naples 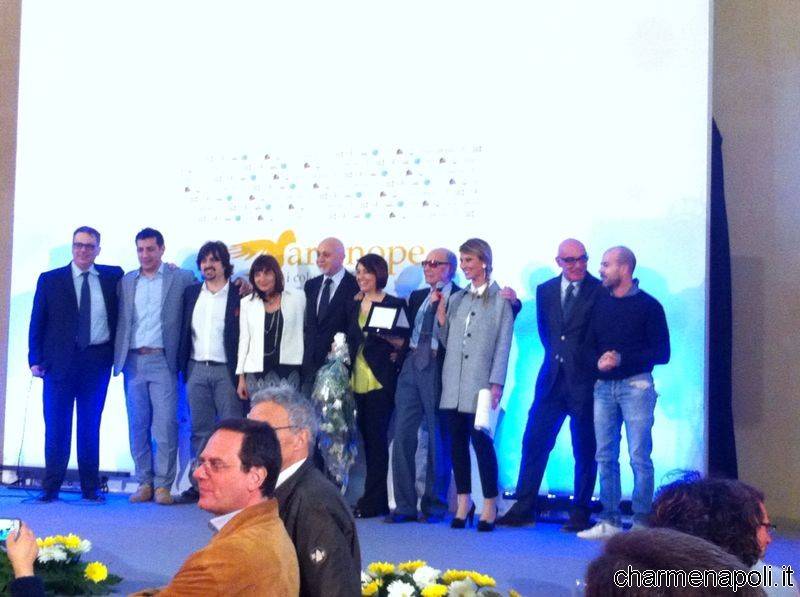 All together, the excellent craftsmanship of Campania, in the extraordinary setting of Castel dell ‘Ovo, to celebrate the invaluable cultural and economic production of Terra Felix. The initiative is sponsored by the City of Naples, was born from the spirit of enterprise of the young jewel designer Sara Lubrano who, together with his team, gave birth to the baby project that takes the name of Artenope. The idea was born from the fusion of art and Partenope, the famous mermaid who, according to legend, landed on the island of Megaride now lifeless, in the same spot where, a few centuries later, would be built the manor of Virgilio, becoming the protector of the city of Naples (which honored him with sacrifices and torchlight processions).

A myth that still lives on today through the strength and courage of the people of Naples, that even in this difficult time for the economy starts right from the Gulf cities to boost trade. In the magical setting of Castel dell ‘Ovo eight brave and talented craftsmen have therefore put on display their creations are unique and unrepeatable, the result of the hard work manufacturing spaces labeled “Naples”.
Among these, of course, could not miss the precious masterpieces of the promoter of the event, Sara Lubrano which showed live the processes of creation of its extraordinary jewelry, all made by hand with the utmost care and dedication.

Again, impossible not to be entranced by the vivid colors of the fabrics dyed and hand-painted and precious embroideries of the leaders of fashion atelier Albachiara by Susi Sposito. This is a story that is really an example for many. Suffice it to say that after a period of training in China, where she attended seminars about the world of textile and entrepreneurship, the talented designer, whose brand is on the market for more than 30 years, she chose to go back to basics.

So Italy and, in particular, from Naples. From here it is distributed, a strong professional background that has enriched his resume but above all gave her awareness of the brilliance and uniqueness of the Neapolitan production. A real challenge, one launched by Susi Sposito, with the intention of spreading on the territory of what is lacking in some respects, namely the desire to make the team, make common network in order to pursue a common goal: the re-launch of the Made in Italy. Or, if you allow: Made in Partenope.

The same sacred fire to a passion that has been handed down from generation to generation, was also put on display in the creations of Luca Talarico. Since his grandfather in 1924 Giovanni decided to support the valuable work of art umbrellas also that of handmade bags, in the workshop of Luca enthusiasm and passion are never missed. A feeling that the master craftsman sent to his wife Mary, who gave birth to the original line “Postcards from Italy”: the views and glimpses of the magnificent Gulf of Naples are represented directly on the fine leather bags , wallets and clutches of the production line branded Talarico.
All made strictly with top quality materials and through careful processing steps. Lot of hard work but it is fully paid off by the success of the creations that besides being appreciated in Italy, are also exported abroad.

Finally, he could not fail to respond to the symbol par excellence of the Neapolitan, the classic Neapolitan crib, played by the creative Marco Ferrigno one of the icons of Via San Gregorio Armeno street of nativity scenes, which starts from tradition to shape new ideas and ever-changing, innovating and reinterpreting the nativity scene of the sacred.