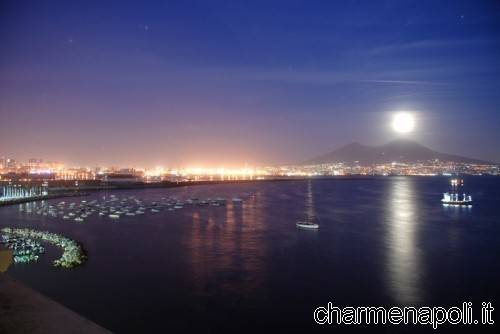 Saturday, January 25, during the seventh round of “Night at the Museum” sponsored by the Mibac, the doors of most museum sites of excellence will remain open until midnight.
There are 38 places in the entire state of culture that Italy participating in the initiative. Among these certainly could not fail to respond Campania with its incomparable beauty.
But we see in detail the program.

For fans of the theater, the appointment is at the Court Theatre in the Royal Palace of Naples, where it will stage “Homage to Boccaccio” presented by the Society Dante Alighieri. An opportunity to retrace the lively stories of the famous singer of the Decameron.
Even the great names of literature, this time in the heart of Vomero, in San Martino with the “900 and more words, sounds, voices, signs for Castel Sant ‘Elmo“.

An interesting narrative of literary passages in reference to the twentieth century  italian in general and neapolitan in particular with Annamaria Ortese, Erri De Luca, Nicola Pugliese, Emilio Boccafusca and Raffaele Capria, among  the authors chosen.

But it does not end here. Inside- in another article – the full program planned for the journey through the wonders of the majestic Royal Palace of Caserta, in the long night of art “made in Campania” there is also space to dance, in the green Capodimonte Museum with performances of ballet company “Ivir Dance.” And the movies with two video projections. The first is “Lux in Fabula” by Claudio Correale. The second is the poignant 20-minute video (with over 300 unpublished photographs taken by photojournalist Antonio Grassi) dedicated to the days of dramatic eviction of Pozzuoli Rione Terra “Earth and Torment, The week of fear”. Both films will be screened in the interior spaces of the Archaeological Museum of Naples.