Home Culture It’s not true… but I believe it. And they make great gifts! 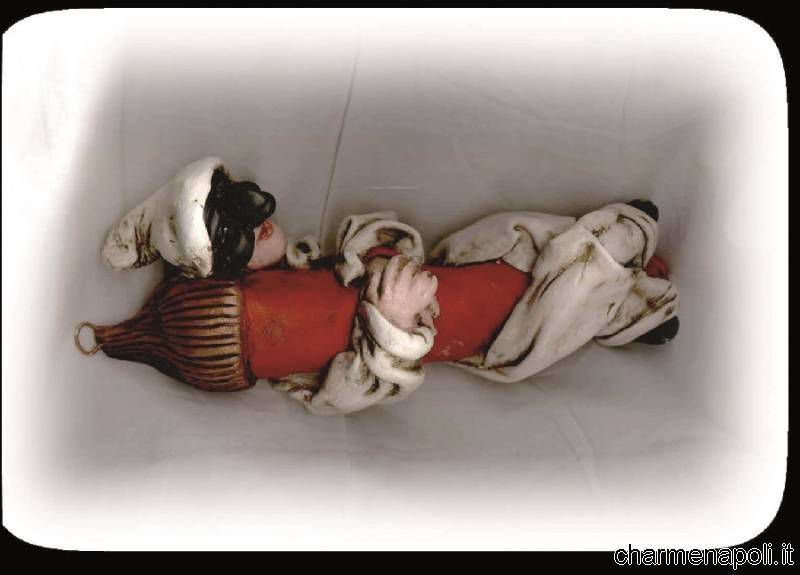 Friday, May 17. A deadly cocktail for fans cabal and superstitious. But do not worry. In Naples, where everything turns into the liturgy, has the antidote right to confront and defeat the bad luck: the classic “curniciello“, a symbol of the tradition of “portabene” made in Partenope. The charm, with its unmistakeable shape and deep red colour tipped in gold at its base, must be rigorously hand-made because only the human touch can confer beneficial powers on this genuine symbol of Neapolitan craftsmanship. It is a lucky charm that keeps the ‘evil eye’ at bay but will only work when given as a gift. The notoriously and ostentatiously superstitious Neapolitans can count on any number of unique lucky charms, which they typically keep hidden but ready to ‘rub’ when their assistance is required to ward off trouble. These artisanal masterpieces have also made the fortune of generations of jewellers and craftsmen, whose famous horn is a talisman that dates back to the ancient Greeks who used it as a symbol of fertility and power to ward off evil influences. Tradition requires that, in order to be efficacious, the horn must be rigid, hollow, curved, pointed and preferably made of coral (although there are many made of silver), as popular belief attributes coral with the power to defeat evil influences and protect pregnant women.[charme-gallery] Collected from theMediterranean, the coral is then crafted by local artisans into a variety of glossy, red horns, pendants and branches. Another popular lucky charm in Neapolitan tradition is the hunchback, a figure which is often incorporated into the upper part of the horn. On the slopes of Vesuvius, the hunchback even has his own number in the Neapolitan cabala (57) and it is the shape of his back that is seen as an amulet that can counter a jinx. The horseshoe, perhaps the oldest and most famous lucky charm, is found not only in its original iron form, but also in silver and terracotta. This charm apparently dates from Roman times, when it was considered auspicious to find a shoe thrown by an officer’s horse. 2000 years later, a horseshoe of whatever size is considered the best way of encouraging Lady Luck’s favour. An equally powerful talisman is a pair of scissors hanging on the wall although it is also a frequent theme of Neapolitan silver artisans who create pendant charms to wear around the neck or wrist. Other Neapolitan charms include the Sciò Sciò figurine from the Nativity Scene, and the cornucopia, the ancient symbol of abundance which is frequently depicted in silver ornaments on tables and desks as well as in jewellery.[charme-gallery] The “munaciello“, the famous Neapolitan imp who can bring good and bad luck, is also a common theme of Neapolitan jewellers, who include ‘the little monk’ on pendants and medallions ready to touch when the wheel of fortune turns. Recent years have seen the arrival of talismans from other cultures, such as the bull’s phallus, a silver charm against evil influences that partly resembles the Neapolitan horn, as well as owls, four-leaf clovers, turtles and ladybirds. Small elephants, made of glass, ceramics, silver and, formerly, ivory are also crafted into table ornaments with their trunks raised, and placed so as to face windows and keep evil at out of the home or office. A ceramic model of a toilet with the seat raised is a somewhat unusual talisman based on the belief that faeces bring good luck. These amulets and charms comfort superstitious Neapolitans who, even if they know it isn’t true, still believe it.