Home Culture Naples, the city where the blood of the saints loosens him 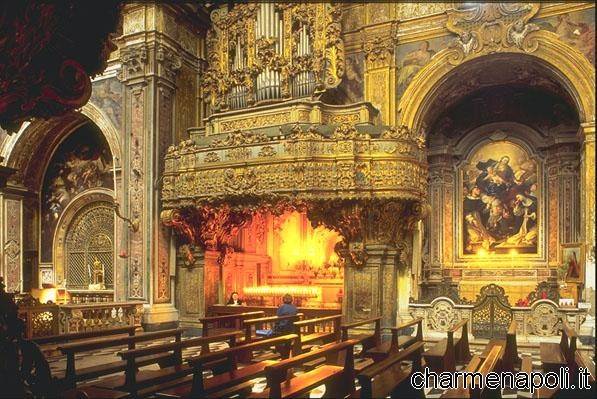 The liquefaction of the blood of saints is a mystic form of cult devotion perpetuated in memory of Christian martyrs. And nowhere is this recurrence more closely followed than inNapleswhere a dozen sacred ampoules are conserved, a fact that led one 17th century observer to call it “the city of blood”. The church of the Girolamini (Oratorians) in Via Duomo conserves the blood of St. Philip Neri and Sister Maria Giuliana Arenare, although neither liquefies, unlike that of St. Luigi Gonzaga (1568-1691) which liquefies every 21 June (the saint’s feast day) in the Gesù Vecchio church. Similarly, the blood ofSt. Johnthe Baptist in the church of San Gregorio Armeno liquefies during mass on his feast day (29 August) and that of St Laurence liquefies every 10 August. Profound devotion surrounds San Gennaro, the bishop of Benevento decapitated in Pozzuoli in the early 4th century by governor Dragontius and the very emblem of Neapolitan belief. Two ampoules of the saint’s blood are conserved in Naples cathedral, one of which is half empty because King Charles III of Bourbon had some of it removed. The miracle traditionally takes place during a solemn ceremony held in the cathedral in front of thousands of worshippers three times a year (on the first Saturday in May for the following eight days, on the feast day of San Gennaro (19 September) for the eight-day celebrations in honour of the city’s patron saint, and on 16 December).[charme-gallery] If the blood fails to liquefy, it is taken as a bad omen for the city while liquefaction is regarded as a positive sign. At the same time in the church of San Gennaro in Pozzuoli, the blood stain on the marble slab on which the saint was beheaded assumes a more intense colour. St. Patricia, a relative of the emperor Constantine, took her vows very young, gave her property to the poor and set off on a pilgrimage to theHoly Land. A storm wrecked her ship on the small island now occupied by Castel dell’Ovo inNaples, where she died after a brief illness and was buried in the Caponapoli convent. In 864 her remains were moved to the monastery of San Gregorio Armeno where they were coated in wax and placed in a bejewelled gold and silver urn. The blood of St. Patricia, the protector of women in child birth, has liquefied for almost 1200 years, normally on 25 August.