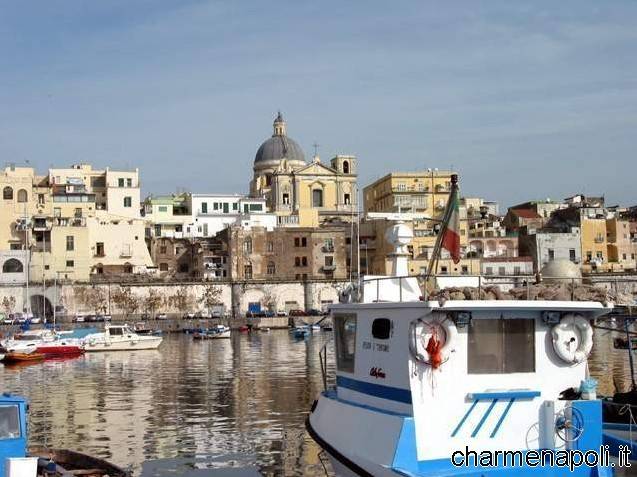 Torre Annunziata (Naples) turns into a … “village pizza” to celebrate the discovery of centuries-old painting of Our Madonna of snow, the patron saint of the populous center of Vesuvius. A tradition that has been repeated for decades in the small town oplontino. And always with great beauty. Like every year, in fact, the 5th of August, Tower will evoke the historical discovery of the painting of Maria SS. Snow, with the traditional scene of fishermen pulling their nets on the beach and the parade of boats in the sea. The story goes that the effigy was found that between 1350 and 1400 in the waters off the coast oplontino where a group of fishermen noticed a box floating on the sea: it contained an icon in terracotta depicting the black Madonna with the infant Jesus in her arms . the sacred effigy was called “Our Madonna of the Snows”, because on the same day (it was, in fact, on August 5) even used the feast of Santa Maria ad Nives, founded in 352 by Pope Liberius to a miraculous apparition of the Virgin Mary took place in summer coinciding with an unusual snowfall.
The icon, which in all probability had fallen from some vessel, was entangled in fishing nets a few meters of the rock Rovigliano, the small island that marks the border between Torre Annunziata and Castellammare di Stabia. This is a fact, not to be overlooked because its proximity to the city center takes Stabia provoked a quarrel between the two towns. The dispute between those who had come into possession of the painting, which was discussed in front of the captain of the people, was resolved by assigning the icon to the fishermen of Torre Annunziata, who guarded in a local chapel dedicated to the Annunciation of which no trace remains today . The effigy was later transferred to the new sanctuary Ave Gratia Plena (built since 1448), now papal basilica dedicated to the Blessed Virgin Mary of the Snow, where the sacred image was long hidden by the pirate raids.
At the next event, this year the traditional celebration of the discovery will be enriched with a tasty culinary event. This is the first edition of oplontina “The Space … The Village Pizza” event-based tastings of typical products from Campania prepared by the most renowned pizza joints specially in Torre Annunziata for how to celebrate Our ​​Madonna of the Snows.

The event, in fact, has already taken place last month (June 17 to 22) in the nearby Tower of the Greek revealing a real event records, which are realized in six days, about 75,000 people. Hence the decision to replicate even in neighboring Torre Annunziata on the occasion of the anniversary of the August 5.
The exhibition, organized by Gisana Music Events in collaboration with the Municipal Administration oplontina, will be held in the premises of oplontino port (Molo Crocelle), a stone’s throw from the town park. An area that everyone knows how to Torre “I Giardinetti”, and provides four days of entertainment for children and shows free admission with the participation of local artists, speakers and comedians Radio Kiss and Made in Sud.

[charme-gallery]
But we see in detail the program of the event will be held August 2 to 5.
It starts Saturday, August 2nd with the hilarious spectacle of Gianluca Manzieri. We will then continue with the second evening, marked by the intervention of Ciro Giustiniani and again, on the third day, it’s up to the comedy duo “Two pair” perform on stage.
Finally, during the final evening, scheduled for August 5, Luca Sepe involve the public in a show of music and comedy. All accompanied by a great desire for fun and a healthy spirit of sharing.