Home News The body of Naples found the head 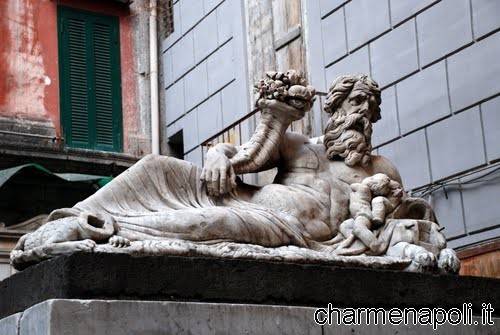 It was over in a collection of Austrian art lover’s head sphinx stolen about 60 years ago at the recumbent statue of the Nile which, in Naples, marks the beginning of the oldest part of the greek-Roman city, in the heart of the Decumani. A statue that adorns the old quarter of the Egyptian street SpaccaNapoli and that the Neapolitans call it, has always been , “Body of Naples “, which now returns almost intact thanks to the return by the collector, the specimen found by surveys of patients police of the core of the protection of cultural heritage in Naples.

The ancient artifact , as explained by Captain Carmine Elefante, was recovered by monitoring the markets and the national and international collections, as part of routine check-ups, last September, when the soldiers of the core specialist spotted in the collection some objects whose account they wanted to see clearly.

The collector had acquired the piece for his legacy and the “good faith” is also demonstrated by the documents. The head, thanks to a synergy between superintendents and a committee of individuals that is working to raise funds, will be repositioned on the monument Naples by the end of next year. To decree that the head of the sphinx was just vandalized and removed from the “Body of Naples” after World War II, in particular, in addition to the findings, the perfect correspondence of the holes at the base with the circumference of the irons and positioning residues on the age-old sculpture opens the doors of Decuman greater.

The statue of “lying Nile” is the only evidence left in the city from an ancient colony of merchants from Alexandria that before the second century AD. C. had settled in the upper area of the Decumani. According to tradition, after the departure of the Egyptians, the “lying Nile” was deprived of the head and then buried until twelve centuries later someone rediscovered it and handed to the cult of Naples. In ‘600, the statue, which probably originally had the appearance of a woman, it was restored with the addition of the face of a bearded man.