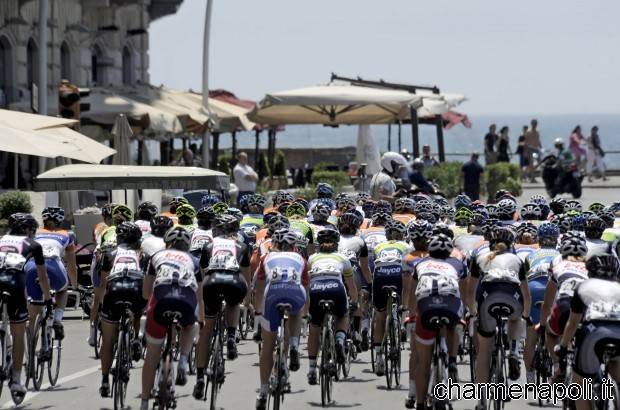 Naples is preparing to welcome the caravan of the 96th Giro of Italy which lands in the town of Vesuvius after 50 years. Starting tomorrow, in fact, more than 2 thousand people in the organization, along with about 500 Italian and international journalists, will land in the ancient capital of the Kingdom of Due Sicilie. Imposing the national and international media coverage of the most important cycling event in the country with about ten hours of live television Rai, starting on Friday, and many foreign crews (there are about 175 countries connected), with requests coming from every corner of the globe. For the first time, this year, also a Chinese national television crew will follow the sporting event. The first leg is scheduled for Saturday, May 4. Check in Plebiscito square and then the climb (repeated four times) of the Posillipo hill, before returning on the Lungomare Caracciolo.[charme-gallery]