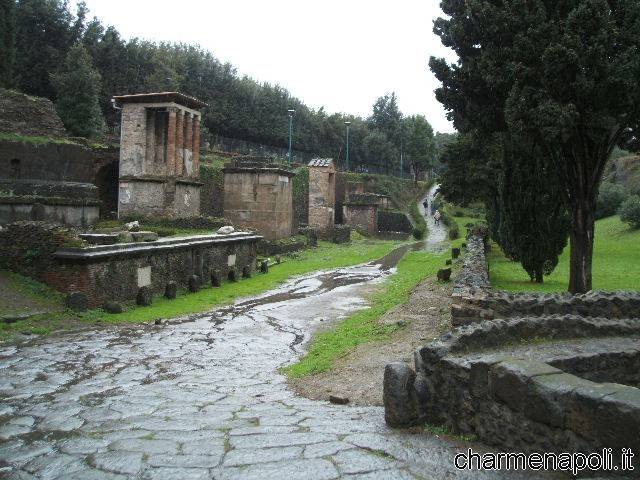 A pact to two. Municipal alliance to finally make a concrete project 30 year old giving birth to a “archaeological walk” 900 meters long. To sign the agreement and to push for the dream to reality last steps are the two municipalities of Pompeii and Boscoreale. The idea is to make available a course of just under a kilometer, following the course of the Channel Count Sarno, connects the two Vesuvian cities joining via Settetermini (in the municipality of Boscoreale, where is the headquarters of the famous archaeological museum Antiquarium and Villa Regina ruines) with via delle Tombe of which falls within the territory of the Marian city. To address the issue together the two organizations signed a memorandum of understanding and the technical departments are working on drafting a final project. Remains the node of the funding for which mayors and councilors to the branch intend to fight. Not surprisingly, they point out, the area in which it is the walk is affected by the enhancement of the elements characterizing agriculture and the typical landscape of Vesuvius, contained in the intervention “Novus Ager” presented at the table of the Plan and the Unesco Strategic Plan Valuation. Among the hypotheses that circulate to involve the Campania region with a new call for the acceleration of spending. Alternatively the two organizations think they can use the funds allocated for the works of the Italian Unlock firm for years.[charme-gallery]