Home News In the sea of Punta Campanella dancing dolphins 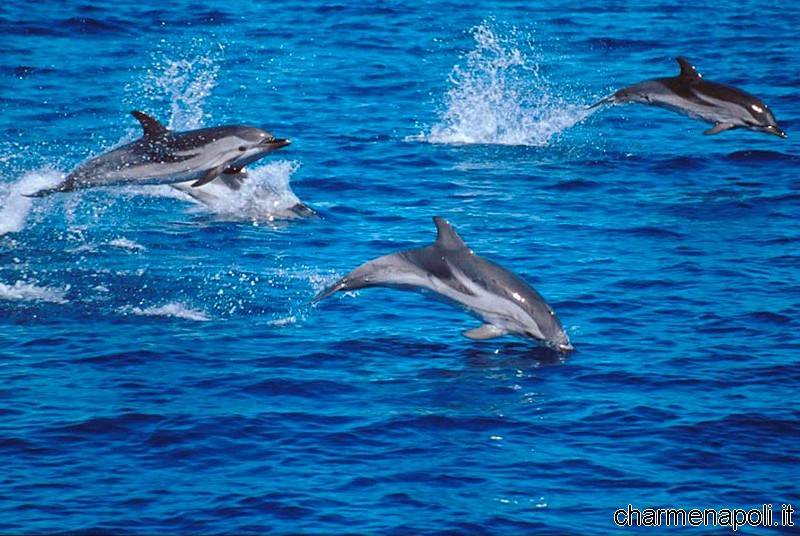 A large school of dolphins was spotted last May 1 in the waters of the Marine Park, off the promontory of Punta Campanella, an extreme offshoot of the Sorrento peninsula (that the ancient Greek colonists consecrated to the goddess Athena). The dolphins, all over 20 and many large swam in pairs. They followed and “surrounded” a vessel on which there were several divers returning from a dive in the water between the towns of Massa Lubrense and Positano, not far away from the beautiful Bay of Jeranto. Jumps, spins, steps under the boat for over 15 minutes under the gaze amazed and delighted observers. Then, the friendly marine mammals, they continued their journey to Capri and the Bay of Naples.