Home News Ruins of Pompeii: for the first time on display all the casts... 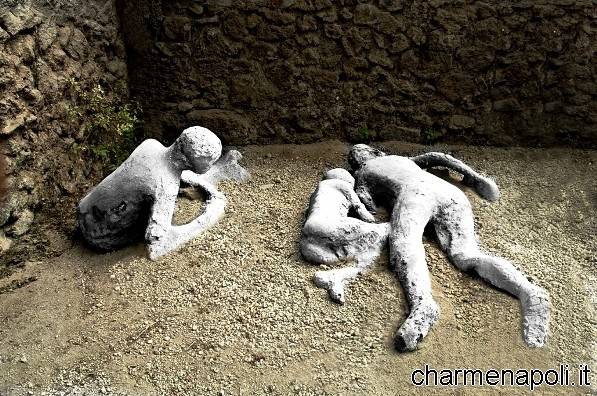 The touching woman with the child in her arms, the other bodies found in the house of gold bracelet, the many, citiziens of Pompeii surprised by death in that awful day in 79 AD. Restored and reunited for the first time together, the plaster casts of the bodies of the victims of the eruption that buried Pompeii will be the focus, in May 2015, a special exhibition curated by the Superintendency and set up inside the ruins of the Pompeii’s amphitheater. A recount is the superintendent Massimo Osanna, during the inauguration of the Villa dei Misteri restored, announcing the many exhibitions dedicated to the Vesuvian city planned in the coming months. The exhibition dedicated to the casts, will open in parallel with the other shows already announced months ago for the Expo (“Pompeii and Europe 1748-1943“) hosted at the National Archaeological Museum of Naples and in the excavations from May 26 to November 2nd. There will, anticipates Osanna, many casts of bodies, some of which have never been shown to the public and carefully restored. To enrich the path dedicated to also casts an unprecedented collection of photographs with vintage images of the archive of the Superintendent that tell the excavations between ‘800 and’ 900 in some cases explaining step by step the stages of discovery. “Together architect Venice – tells Osanna – we made a temporary structure that will rest in the arena of the Amphitheatre to host two shows. We hope to then reuse again next year for other shows we have planned”.