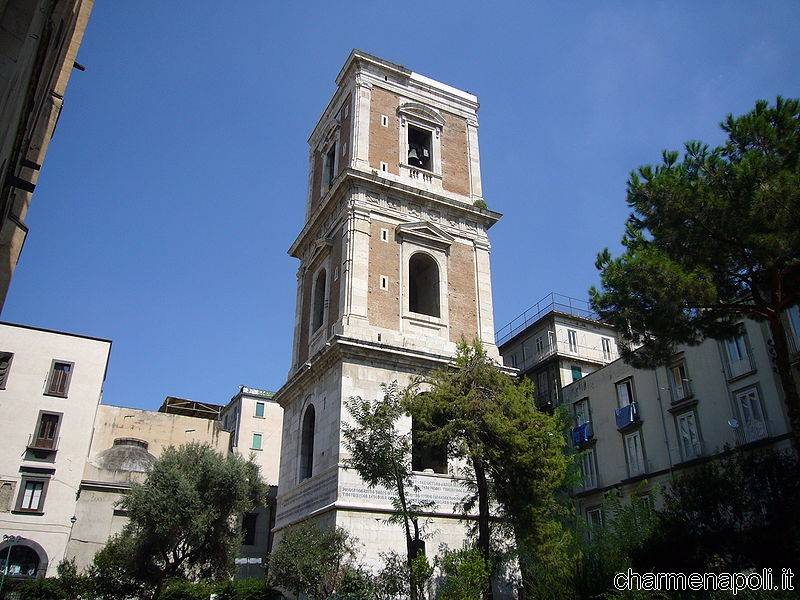 Naples embraces a piece of history. After more than a hundred years, the centuries-old bell tower of the Basilica of Santa Chiara (property of the Fund places of worship of the Ministry of the Interior), adjacent to the citadel of the Franciscan friars, will return soon to throw open its doors to the public. Thanks to a grant of 158,000 Euros, the historic bell tower of the fourteenth century will soon be revamped in the start of work for the safety. A completed construction, the impressive monument with a square refurbished thing in the centuries, Baroque, will return accessible to citizens and tourists, who can climb down the internal staircase to reach the top of the tower. The bell tower of Santa Chiara and consists of three separate orders from marble ledges. And it is an integral part of the religious complex built between 1310 and 1340 at the behest of king Roberto d’Angiò and Queen Sancha d’Angiò, in the vicinity of the then western city wall, now Piazza del Gesù Nuovo, a few steps away from SpaccaNapoli, the heart of the historic center of Naples. The citadel of the Franciscan friars was built on the ruins of a Roman bath complex of the first century AD, whose returns are still partly visible beneath the foundations of the basilica and museum housed within the structure.