Home Flavours Typical products The muse immaculate made of milk 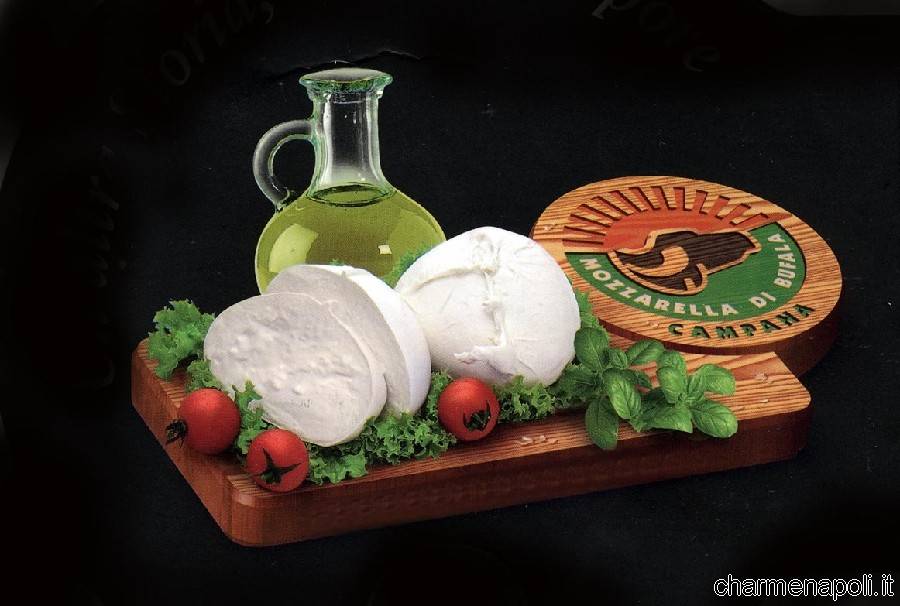 Put down that knife and fork! Tear it open with your bare hands or, even better, just bite into its deep, milky heart and let its innermost soul flow out. All that remains is flavour, enjoyment and ecstasy. Good manners are not at home here because that’s not the way mozzarella likes to be treated. Even when it is being made, mozzarella is ‘manhandled’, pulled this way and that and broken into smaller pieces, hence its name. The father of this exquisite invention is a mystery and no one knows exactly how old it is. Some trace it back to a medieval cheese called “mozza” made by monks in the Abbey of San Lorenzo ad Septimum nearAversa. Others claim it was first made by the Normans who settled in northern Campania. Made from pure buffalo milk, mozzarella has managed to avoid being imitated away fromAversaarea – with the exception of the plains ofSalernoin southernCampania– and it is held in awe throughout the region. Mozzarella can arouse passion, jealousy, possessiveness and even anger in those who claim to have been the first to ‘bite’ it, and rivalry is fierce between Aversaand the southern towns of Battipaglia and Eboli. [charme-gallery]Both factions point out the differences between the two varieties of mozzarella: inAversait is saltier on the palate, while in the Salerno hinterland it has a milkier taste. Just one step in the production process differs between the two areas: the time the cheese is left to soak in brine. But there is a single consortium to protect and promote buffalo milk mozzarella under the Dop certification (Denomination of origin Protected) and define standard methods and techniques for its manufacture both in Battipaglia and inAversa. So next time you order mozzarella, put down that knife and fork; just bite into its milky depths.