Home Art Architecture How to value the Coast of Dreams, big and experts comparison between... 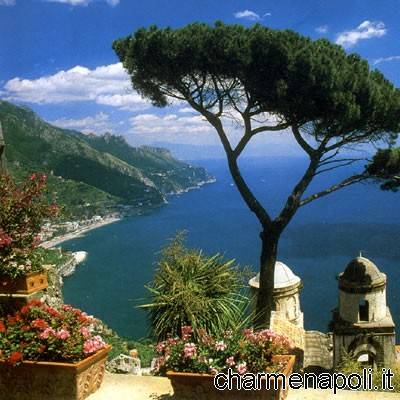 A lively meeting point for architects and designers of the best European Lab makes a stop in Salerno and Ravello, Amalfitana’s pearl to discuss urban regeneration and to present new creations of developing the capital of history and beauty of the Amalfi coast. The program includes more than 25 meetings (including debates, lectures, workshops and laboratories), two international contests (“Shadows of the artist” and “Parco del Colle Bellaria”) and two traveling exhibitions (”Wood Far” and “Heritage Cilento”) to populate the territory of ideas and projects and turn it into a model of sustainability and economic competitiveness.

The event will move (to closing) on 6 and 7 December, in Ravello for a new “Gate”: a workshop for directors, designers, communicators and entrepreneurs in which the mayor of Salerno, Vincenzo De Luca and the mayor of Ravello Paolo Vuilleumier together the mayors of all the towns of the Amalfi Coast will present, in the setting of the Auditorium designed by the great Brazilian architect Oscar Niemeyer, a number of opportunities and proposals for urban acupuncture and landscape restoration for the recovery and reuse of the historic monument abandoned or underutilized in the towns of the coast.

“Gate Ravello – said at press conference the mayor Vuilleumier – in keeping with the event Salerno is an important opportunity to pull out the drawers on public works projects to be implemented, especially with regard to urban mobility and to showcase the many sites of the Amalfi Coast on which to intervene with innovative strategies for upgrading and new forms of investment, by both public and private”.

In the contest there are two event, two international competitions that will change the urban landscape. The first “Shadows of the artist ” 2014 edition will focus on the construction of facilities for temporary architecture” for drawing “the shade during the hot summer months of Salerno. The second, “Parco del Colle Bellaria and Antenna / Landmark” will be an opportunity to return the scenic park in the city center to the citizens and tourists, eliminating electromagnetic pollution of the hundreds of antennas present today, with a single antenna designed by the winner of the contest, which will become a symbol of the city.

It is the first time that the Amalfi Coast and Salerno, through “Gate”, offering a synergy of active protection, sustainable development and the promotion of the territory. This unique opportunity is provided not only by the beauty of the landscape, the sea and inland valleys, from the simple consideration that the ranking of real estate values ​​the reference area is the third largest in Italy preceded only by Rome and Milan.