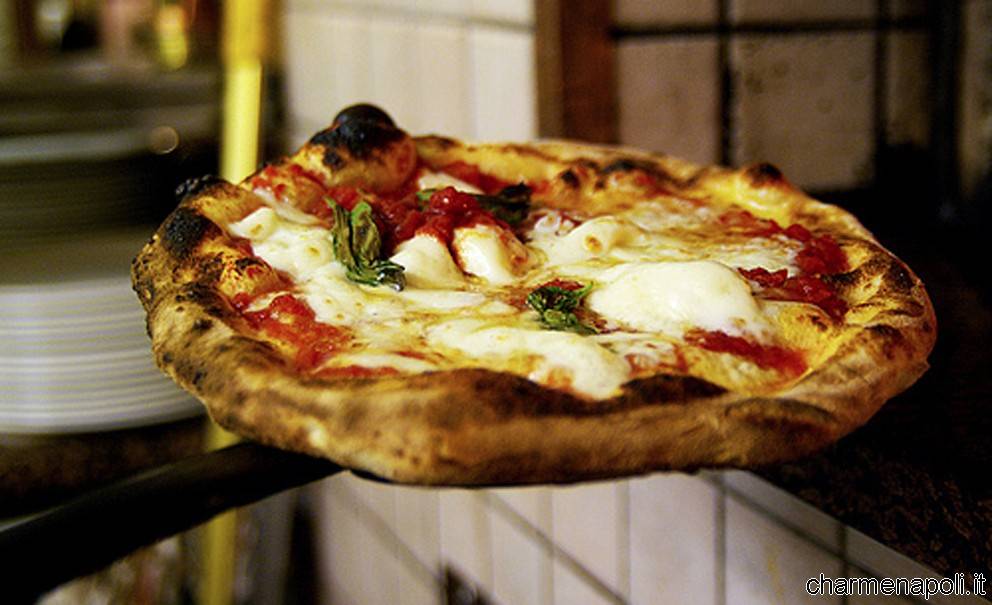 Born in Naples the first pizzeria “geothermal” rooms feature tuff for the rising of the dough. In places all located in the Neapolitan yellow tuff. The idea is to Enzo Albertini, president of “Subterranean Naples“. “Using ovens made of tuff and dough for 24 to 48 hours only in rooms tuffaceous we got the first geothermal pizza ever” said Albertini. This will be discussed during the “Week of Planet Earth” (18-25 October) and at a meeting tomorrow in Rome. There will also be a tour in the pizzeria geothermal, even in the belly of Naples to see a real garden underground, a seismic station, the War Museum and the theater greek-Roman. The pizzeria geothermal is within the monastery Theatine, so the area of ​​consumption of the product is on the surface. “The chemical and physical characteristics of the Neapolitan yellow tuff – continues Albertini, geologist – give the rock extraordinary thermal insulation and humidity control. We made a pizzeria where the microclimate parameters of the rooms are rising constantly monitored to achieve Full maturation of giving the pizza the finest organoleptic properties and digestibility. ” The pizzeria geothermal came after special studies and research. “Considering the study carried out on urban city – Albertini continued – and back up the system Hippodamian combining the data derived from monitoring geo-technical, we have heard that in some places you can reach microclimate parameters such as to give the dough organoleptic properties very special” . Already in Roman times, the crushed, a bakery product similar to the current pizza, was famous in Naples. “The Romans – says the geologist – used spelled as salty buns, but only after having conquered the Greeks and have arrived in Naples discovered wheat bread leavened. In short spread the first public ovens, where they worked many Greek bakers “. The Romans used two different types of yeast: one was made with millet mixed with sweet wine and left to ferment for a year, the other with wheat bran left soak for three days in sweet wine and then dried in the sun. They produced many types of bread and cakes to pasta combining various ingredients. “But here, in the center of Naples, on the site of the Roman forum, and at a time before the Greek agora – says the president of ‘Subterranean Naples’ – their buns also enjoyed the effects microclimate derived from tuff which led their ovens , and that favored, even then, the ideals balances physicochemical useful to yeast, so the final product proves divine light. ” The “Week of Planet Earth ” in the intentions of the promoters, wants to be a model for the promotion of geo-sciences with 237 appointments at the same time, 180 different locations, more than 600 researchers in the field and especially the entire world of Geo-sciences from University research centers to archaeological sites ever seen. A project recognized by the Ministry of Education and constructed by geologists Rodolfo Coccioni from University of Urbino and Silvio Seno from University of Pavia. On September 23, the geologists will present the initiative at a meeting in Rome, at 11, at the headquarters of the foreign press.