Home News Tribute in verse to the beauties of Partenope 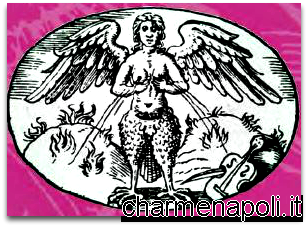 Inspired by the beauty of the landscape and the crystal clear creeks of the Gulf, there are countless ways that larger poets and singers dedicated to the beautiful city of Naples over the centuries.
And on the occasion of the day dedicated to Partenope and his eros, Friday, April 4 will kick off a series of interesting cultural events, which will take place in the main palaces and buildings of the former capital of the Kingdom of the Two Sicilies.

The event stems from the desire of the City of Naples and institutions to enhance the neapolitan language and its history through the works of major authors and composers of the neapolitan city.
Among these is distinguished by merit and virtue , the great poet Salvatore Di Giacomo, remember that on April 4 1934 died, leaving a gift to the people of Naples his valuable contribution that gave voice to the feelings and the pride of an entire city.

Its main compositions, along with those of the other great artists of the cultural landscape of Naples, will be recalled and honored through the passion and experience of actors and artists who will compete in rhyming rants,  musical accompaniment and stage performances , all in support of the full program of the event .

Equally valuable will be the location of the event: all of high historical and cultural value. It ranges from the Maschio Angioino, the palace of arts, Pan museum , passing through the green Park of Poggio of Colli Aminei to Casina Pompeiana of Villa Comunale.

It continues in via Duomo, and then make a stop in the main places of ecclesiastical belief then the monumental complex of San Severo al pendino, the convent of San Domenico, the cloister of the monastery of Santa Chiara, the complex of Santa Maria del Parto in Mergellina and finally the famous musical institution of the Conservatory of San Pietro a Majella.