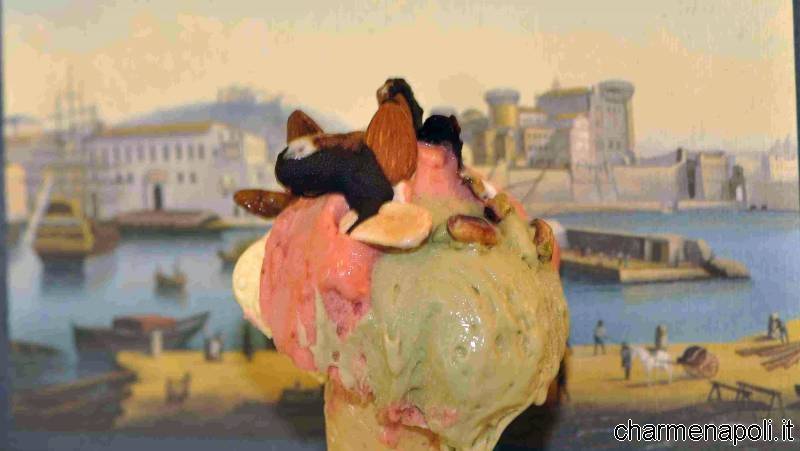 Oscar Wilde’s famous quote “I can resist everything except temptation” seems a perfect portrait of of the people stopping outside the windows of Gay Odin to take in a cascade of genuine irrresistible flavours, “made in Naples” since 1922.

Its delights range from bars of chocolate to loose chocolates. Then there the delicious, dark “Foresta Nera”  – flakes of chocolate that melt in the mouth – and Diamante al Pistacchio.[charme-gallery]

For those not yet tempted there is news Gay Odin now has ice-cream, in 24 flavours, most inspired by the production of the chocolate factory in Via Veriera: all types of chocolate, brasilian, coffee, rum, cinnamon, and foresta and passing to caramel and almond. A must to try is “crema della nonna Melina”, a delicate taste with an intense lemon aroma.[charme-gallery]

At Gay Odin, a symbol of excellence, refinement and quality for almost a century, one stop is not enough for discovering and trying all the declinations of chocolate on offer. Fortunately there are eight places to stop in Naples, one in Rome and one in Milan.

Where is Gay Odin: