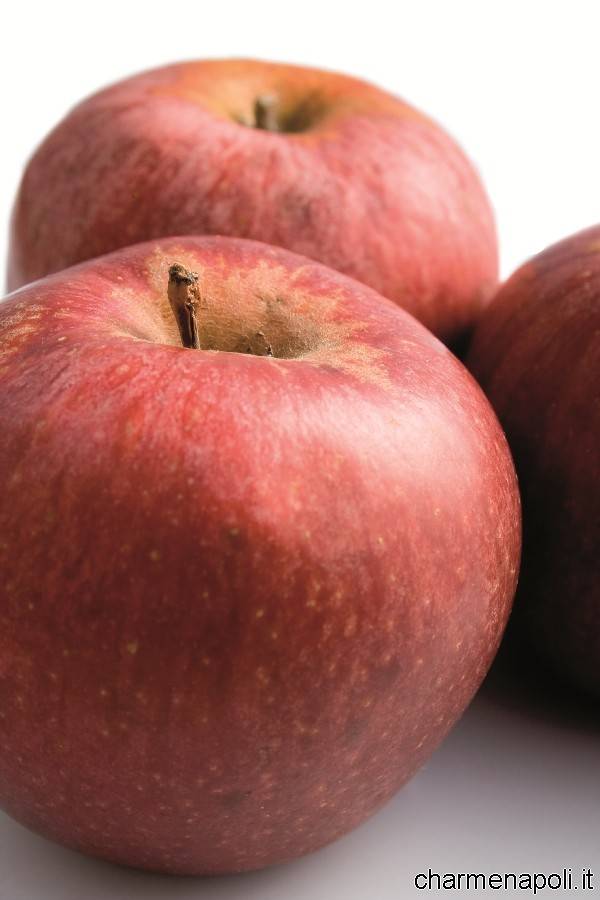 Despite the ‘macabre’ connotation regarding the dead attributed to it by Pliny the Elder, the Annurca apple Igp (protected geographical indication) has long been a symbol of the genuineness and fertility ofCampaniafelix. Red, crunchy and aromatic with a compact white flesh, it also possesses extraordinary therapeutic properties that has made it the preferred ‘medicine’ of young and old for over two millennia; indeed, the fruit is depicted in frescoes found in the House of the Deer at Herculaneum. According to Pliny’s Naturalis Historia, the apple came from the fertile plain around Pozzuoli, just a stone’s throw from Lake Avernus and the gateway to the underworld – an origin confirmed in the 16th century by Gian Battista Della Porta who mentions the apple in his Pomarium However, the name ‘annurca’ does not appear until almost three centuries later in a book on arboriculture by G. A. Pasquale.[charme-gallery] The annurca and southern red varieties are grown primarily in the provinces ofCaserta,Benevento andNaples (50,000 tons per year) and have an unmistakeable flavour thanks to the particular microclimate The apple’s popularity is now beginning to spread beyond the region’s borders, thanks to its being rich in vitamins, fibre and minerals and having renowned anti-oxidant properties The Campania Annurca apples are ripened on the ground on layers of straw or wood shavings and received the Igp label in 2006, one year after the creation of the Consortium for the apple’s protection and promotion.