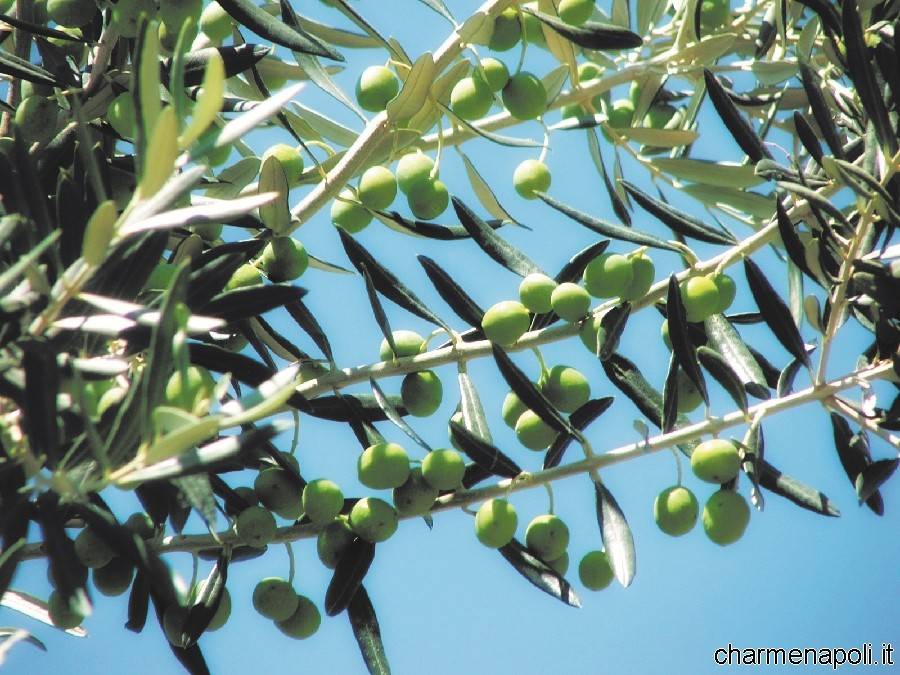 Dating back to the first Greek settlers to colonise southernItaly, olive oil was also widely used by the ancient Romans, not only as a condiment but also for cleansing the skin and in religious rites. Now the keystone of the Mediterranean diet, it thrives inCampaniawhere certain areas like the Cilento coast and theSorrentopeninsular have their own unique varieties whose oil has received the d.o.p. label. With a colour ranging from green to straw yellow, its taste is markedly fruity with a piquant, bitter accent that varies from area to area. History and tradition make genuine olive oil much more than a mere product. Campania’s 700 olive presses (400 of which are in Salerno province) are handed down from father to son, thus conserving  family businesses that are run almost as a ritual so that the mechanical process in no way changes the natural characteristics of the olives. [charme-gallery]At present the region’s olive oil that has received d.o.p. certification of origin is that of Cilento, Colline Salernitane, Penisola Sorrentina and Sannio but other areas have applied for official recognition. The health benefits of extra virgin olive oil are now well known, but some claim that it also has powers against ‘the evil eye’. An ancient ceremony can be performed at Christmas to ascertain whether someone is under a spell or curse by pouring some olive oil into a plate in front of the presumed ‘victim’ and watching carefully. However, the rite can only be performed three times and money must never be exchanged for the service.