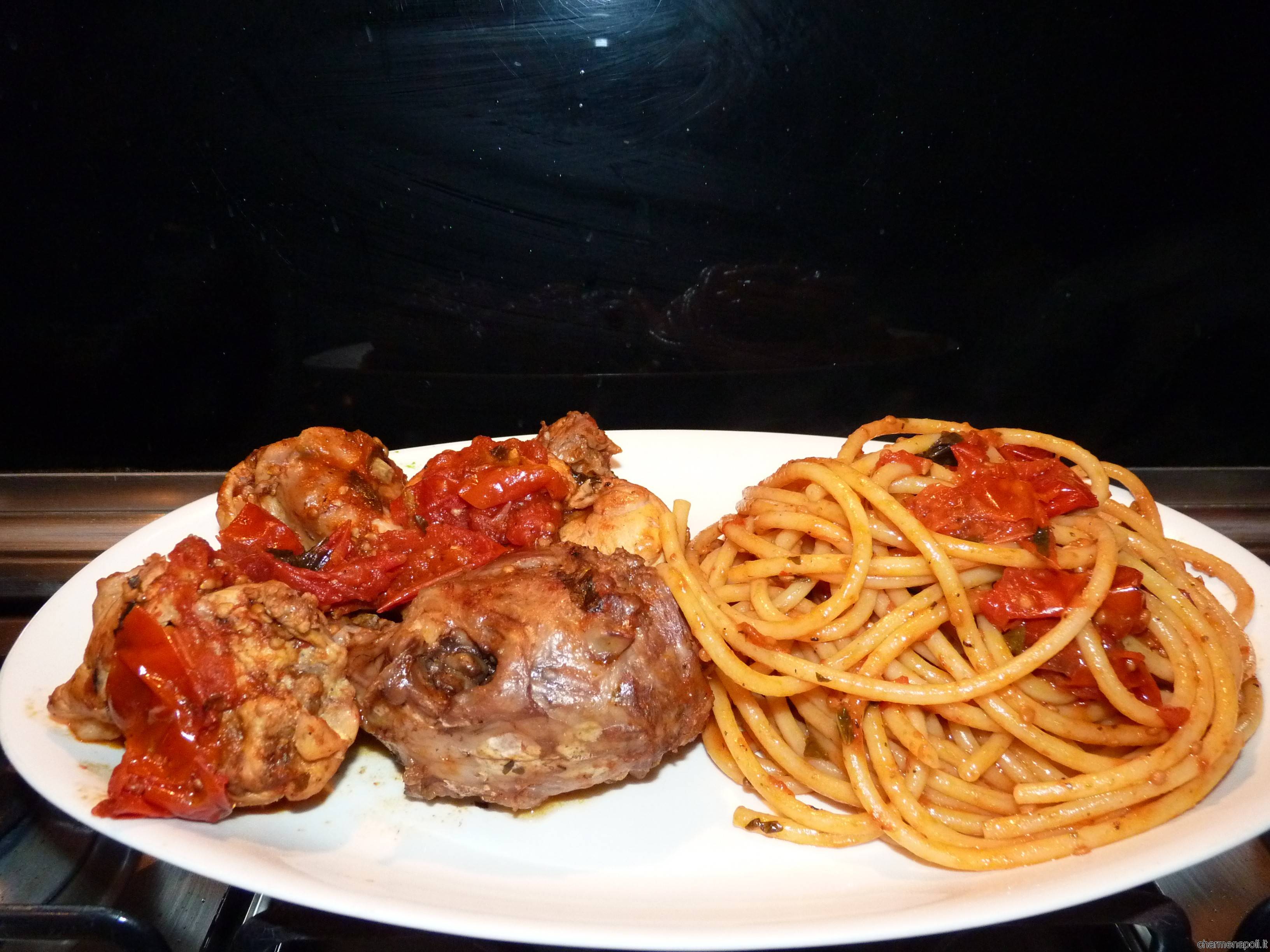 … (follows from second part)  The antique “minestra maritata” is another of the most important Neapolitan dishes. Good and tasty, it is consumed at Easter but also during Christmas time. It is so called because the flavours of its main ingredients, which are vegetables and meat, beautifully “mix” with each other. Another famous dish of the Easter celebrations is the “Migliaccio”, the origins of which date back to ancient Rome. But it was in the kitchens of the Neapolitan convents, in the middle of the 18th century, that it turned into the smooth and flavorful cake known today. From a symbolic point of view, this cake represents life that rises in spring, after the death of the winter time. Its dough is made with wheat, milk, eggs and citron fruit which is the biblical sign for beauty. [charme-gallery] Another of the legendary dishes of the festivity of The Resurrection, is the “Coniglio all’Ischitana” (rabbit cooked following the traditional recipe of the Island of Ischia), a speciality that dates back to 2,500 years ago and that has undergone numerous changes over the centuries. This includes a variation that has the rabbit cooked with cherry tomatoes, that arrived in the Old Continent only after the discovery of the Americas, in 1492. Last but not least, we have the famous “soup of mussels of Holy Thursday”. It is a traditional dish that dates back to King Ferdinando I of Borbone. [charme-gallery] The story has it that the king was very greedy of this tasty seafood dish, but it happened that a Dominican friar admonished him rather harshly for this “culinary passion”, inviting him not to commit gluttony during the Holy Week. King Ferdinando, however, ordered his chefs to cook the soup, disregarding the friar’s admonishment, but only on Holy Thursday. It was then that the mussel soup became a typical dish of the Neapolitan cuisine, still present on the tables of its citizens today.