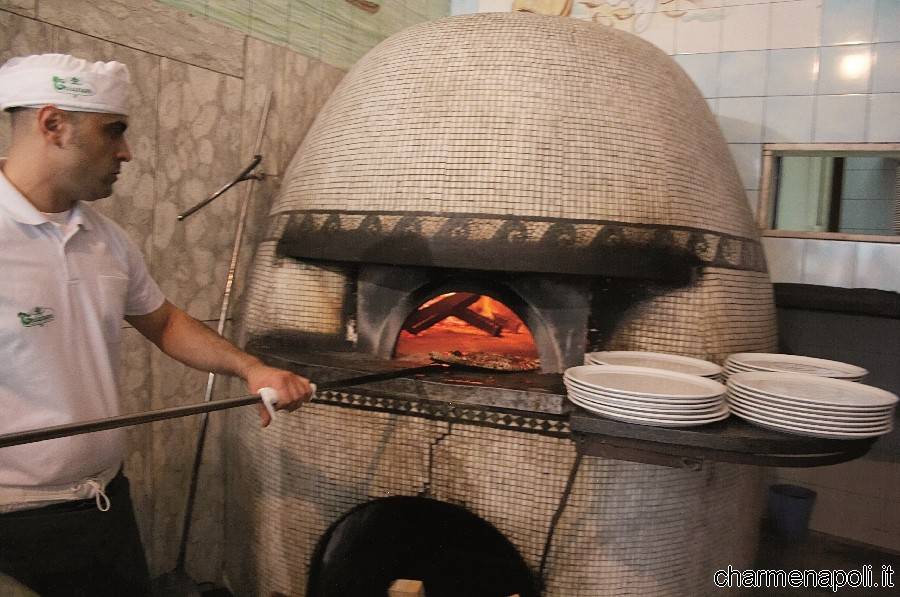 Gourmets from home and abroad flock to the Pizzeria Trianon near Naplesrailway station, where the Leone family is now in its fourth generation of quality and tradition in pizza-making after opening the restaurant in 1923. The menu offers 23 varieties of pizza, including 13 versions of “Margherita”, “Sausage and Friarielli”, “Doc” with buffalo mozzarella, tomatoes and basil, and the 8-flavour “Gran Trianon”.   «The secret of our pizzas is getting the dough mixture right» says Ciro Leone, who runs the pizzeria with his son Giuseppe, while the hospitable hosts of the Vomero restaurant are his daughter Francesca with husband Alessandro.[charme-gallery] And they must have succeeded as their clients include VIPs and reporters for good food guides like Michelin and Gambero Rosso, and they received the “Corona gold service 2008”award from the Excelsior Business Club.  Trompe-l’oeil frescoes of Naples decorate the three-storey, 400-seat premises which is named after the nearby Trianon theatre and was frequented by Italian comedians like Totò, who usually opted for a tasty “Cartwheel” pizza – so named because of its60 cm diameter. Labelled “the best in the world” by American and Japanese magazines, the Trianon pizza can be enjoyed every day of the year – the pizzeria only closes on December 25 and January 1.