Home Flavours A story of wine and heartfelt passion 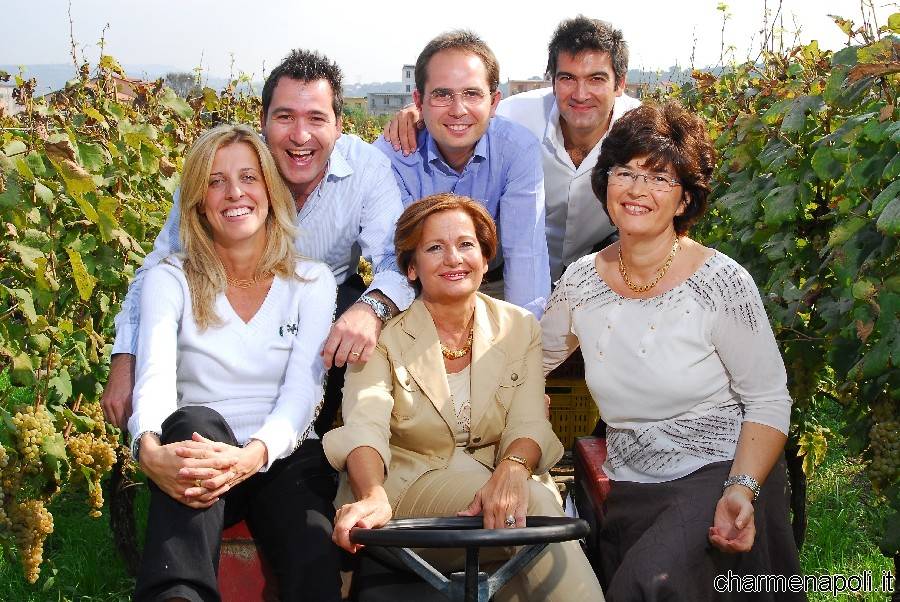 Lots of heartfelt passion, a stroke of luck, a bit of healthy local devotion, a splash of refined good taste and a skill that runs in the family. What a story! A success story that has lasted since 1991, an ideal season with just the right amount of rainfall and the first grape harvest of the newly opened “Grotta del Sole” cellars. Three types of vine planted in the fertile earth of three wine-growing areas that have gained renown over the centuries: the Sorrentine Pensinsular embraced by the sea, the fertile Aversa plain around the town of Caserta and, above all, the hillsides of the Phlegraean Fields in the region the Romans called Campania Felix, where grapes have always been grown, harvested, pressed by bare feet and transformed into wine Now such wines as Falangina dei Campi Flegrei, Gragnano Penisola Sorrentina, Asprinio d’Aversa, Lacrima Christi del Vesuvio and Greco di Tufo have been brought back to life thanks to the Grotta del Sole wine company founded by the Martusciello family from Quarto. [charme-gallery]Wine making is in their blood, a trait inherited over the generations along with the volcanic sandy soil where the dreaded phylloxera parasite from overseas is unable to reproduce and the vines are not grafted onto American vinestocks. A stroke of luck that has helped in the production of excellent wine. Passion, luck… and healthy local devotion? The Martusciello family come fromPozzuoliand love the land in which they grew up and the flavours it produces. The success story is theirs: in 1993 the family company received d.o.c. certification (denominazione d’origine controllata) and the head of the family and the company Francesco is rightly proud to recall, but he also has an eye on the future: “Ours is a quality product. And although people sit down to eat less frequently nowadays, when they do, they want quality and flavour. People are eating better and drinking better”.