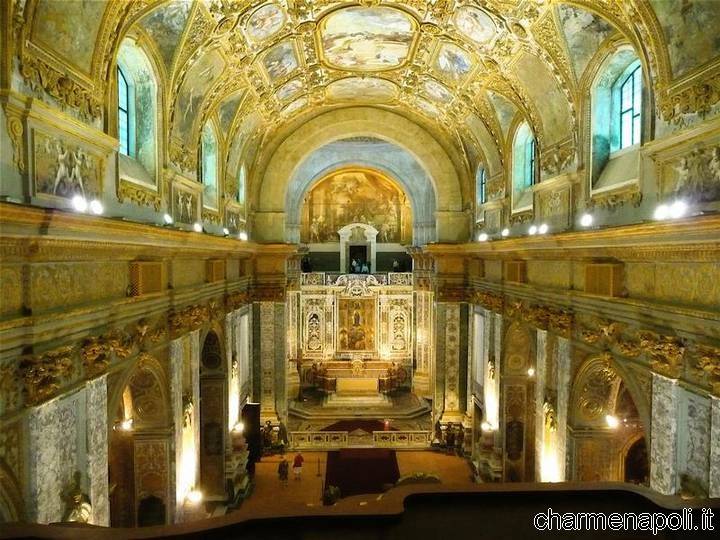 Six churchs for seven concerts absolutely free.
The attractive exhibition that blends with the landscape of the seven notes of the sacred to be held in Naples from November 1 to December 13, 2014 and promises to be the most anticipated event by many people who follow these steps with pleasure.
But let’s go into the details of the program which is part of the program, a training project stems from an agreement between the Diocese of Naples and the Campania Region, to promote music among young people, creating an opportunity for cultural and social growth.

It starts November 1, 2014 with the group of Turchini of Antonio Florio who will perform in San Gregorio Armeno, then continue with the Vocal Ensemble of Naples, which will be hosted by the church of Sant’Anna dei Lombardi on November 8, 2014, where November 22, 2014 will arrive also the Baroque Ensemble of Naples.
November 14 will be the turn instead of Percussion Ketoniche, whose notes resonate sacred building of San Lorenzo Maggiore.
Space to contemporary musical languages ​​with Dissonanzen to be stars of the evening of November 29, in the San Gennaro Extra Moenia.
Finally, it ends happily with two other valid artistic proposals, December 5 with the Project Sonora Network & Performing Arts, within the walls of the church of the Carmine Maggiore and December 13 in the company of Mysterium Vocis, who chose the church of Santa Maria Regina Nuova as magical scenery of the performance, among which there is also the “Lauda around the Stabat” by Roberto De Simone.
What can I say there is no better way to welcome the winter season upon us.