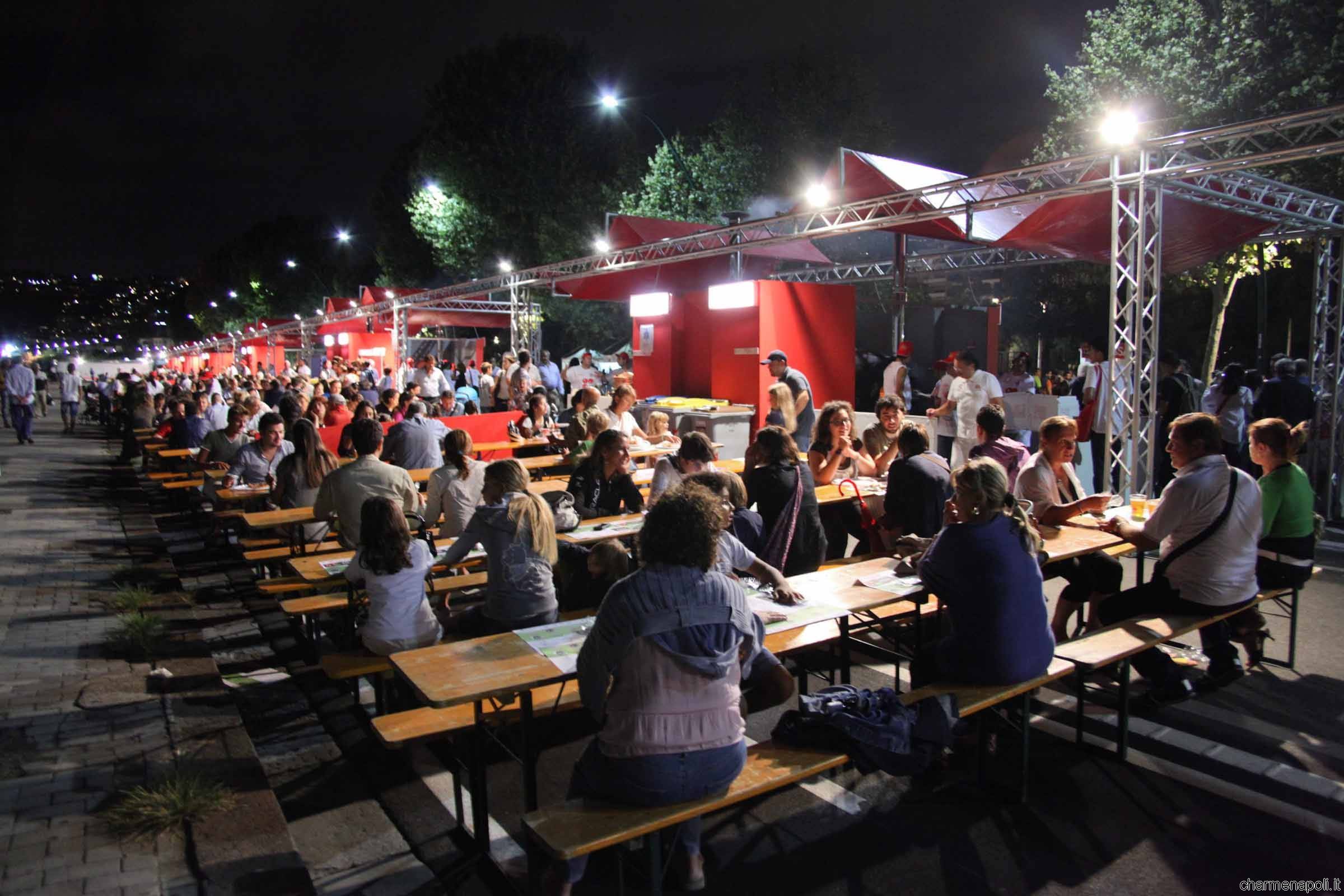 On the Waterfront of Partenope back the pizza copyright. Promoted by Associazione Pizzaiuoli Napoletani, under the patronage of the Ministry of Agriculture, from Tuesday 2 to Sunday, September 7, 2014, on the coast of Via Caracciolo will host the fourth edition of Caputo Napoli Pizza Village. For six days the Naples Waterfront will be transformed into an outdoor pizzeria largest in the world, thanks to its more than 30 thousand square meters of construction, 45 wood-burning ovens and well 4.400 seats in total. Among the major events of 2014 Napoli Pizza Village, in addition to the music, culture and art, is also included in the final of the World Championship of Pizzaiolo.

The event, strongly supported by the neapolitan municipality, is not just an event for the promotion of a typical product of Italian and Neapolitan cuisine in the world, his Majesty the “pizza“, but also a tourist attraction to boost tourism flows over the city of Naples. Agreements to encourage the incoming with tour operators and carriers with major Italian, as Trenitalia, indicate clearly the mission of the project.