Home News Yes, it is a weekend not to be missed in Naples and... 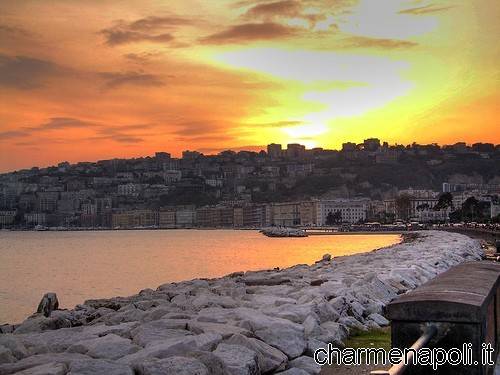 Art, music,culture, dance and much more to Naples this weekend that promises to be really full of many must-see events.
But first things first and start from Friday 30th May at 10.45 when the doors of the picturesque monastery of Santa Chiara is open to the public and free of charge for a special visit to the Cloister, on the occasion of May of Monuments.

A guide visitors along the way, there will be a real expert on the “Franciscan citadel” of Bellini: Guido Donatone, author of the famous monograph on the cloister dedicated to the Saint of Assisi.
Always on Friday, in the afternoon at 17.00 in the ambulatory of the Royal Palace, will be inaugurated the photographic exhibition “Glimpses of Facade” with photographs by Luciano Pedicini, and by Annalisa Porzio. The rooms of the luxurious residence will be exposed photo-rich “visual sensations” that we show a particular face of Naples offering us the opportunity to grasp the deep meaning with shots that seem almost mischievous fun to capture the colorful life under the ironic history.

But not over here because part of the review of the May of Monuments Naples, remember that this year pays homage to the great historian Benedetto Croce and the Neapolitan legends related to the experience of the philosopher of Abruzzo, on Friday at 17.00 in the picturesque setting of Palazzo Serra di Cassano, in via Monte di Dio, there will be an interesting lecture by anthropologist Marino Niola, accompanied by readings of Peppe Barra.

But we move on now to the days of Saturday, May 31 and Sunday, June 1st that the protagonist exciting event “Pausylipon , suggestions dusk” , the series of meetings organized by the Archaeological Park of Environmental Pausilypon, created by the Center for Interdisciplinary Studies Gaiola non-profit organization, in agreement with the Archaeological Superintendence of Naples and with the sponsorship of the Campania Region and the Culture of the City of Naples (admission and guided tour from 17.30 to 18.20 – input only shows from 18.20 to 18.30, down 36 Coroglio, Naples).

For the weekend is to stage a musical evening full of folk with Francesco Forni and Ilaria Graziano, two of the most respected members of the Italian underground scene. Sunday, however, he returned to the show replica Gea Martire that has met with great success.
Still, the swirling whirlwind of appointments in the shadow of Vesuvius continues with the mellow notes of the tango that will spread, Saturday, May 31, at the elegant spaces of Mergellina Station of Naples, which will be transformed for one night into an amazing track dance with lots of dancing evening with free admission.

The project “The Station Tango” is the brainchild of Rosario Massa, owner of one of the most famous Corso Vittorio Emanuele , “El Sombrero” , who wanted to revive one of the most beautiful and historic stations of the capital, through this exciting initiative which for sure will meet with the favor of the citizens.