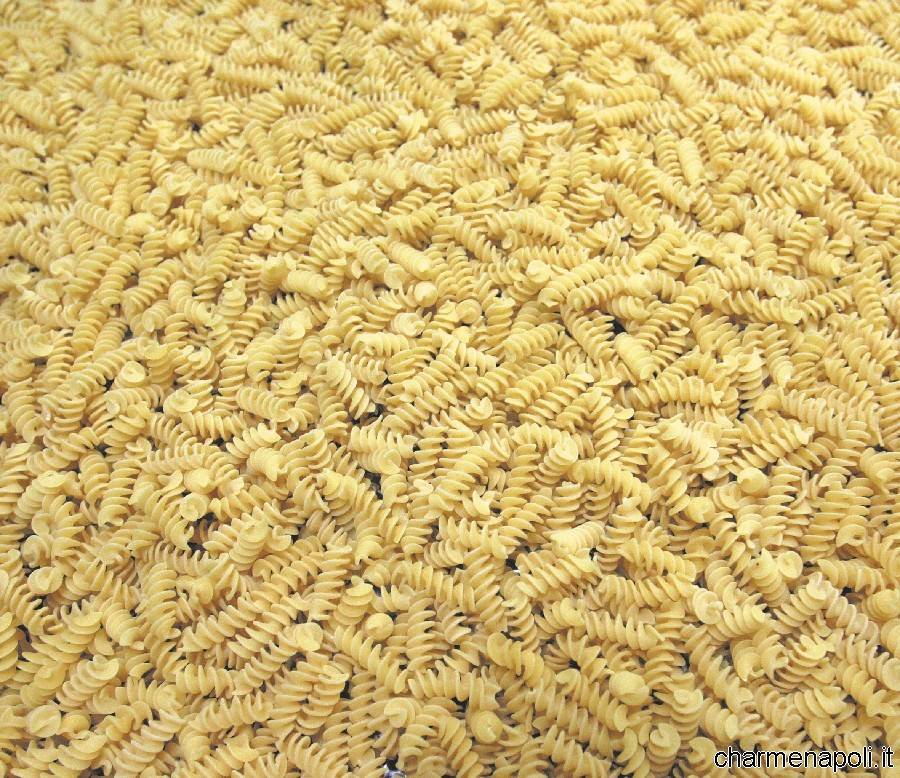 What is it that makes pasta from Gragnano the pasta? Some claim it is the texture of the macaroni which, served with just a little extra virgin olive oil, was described as “heavenly” by the world’s greatest chefs Nobu and Tetsuya Wakuda. It was in the 17th century that pasta making became a major industry in Gragnano, a small town nestling on the hillsides of the Lattari Mountains in the Sorrento Peninsula, where the breeze contains the prefect combination of moisture and minerals from the sea and aromas from the slopes of Mount Vesuvius. In this way the pasta can dry slowly, a miraculous process which transforms durum wheat flour and water into exquisite paccheri and linguine to tantalise the taste buds. [charme-gallery]Although the 1980s crisis forced many factories to close, Gragnano is still home to high quality pasta making, achieved with the same traditional processes but using state of the art technology. Gragnano pasta is always al dente, but care is needed when cooking. Use 10 litres of water in a  copper or aluminium pan per kilo of pasta, add salt when the water boils and carefully pour in the pasta, stirring frequently with a wooden spoon. Whether you prefer penne, fusilli, paccheri or spaghetti, the main thing is that the pasta is made in Gragnano.[charme-gallery]