Home Culture The other face of May of Monuments: Boscoreale and its treasures 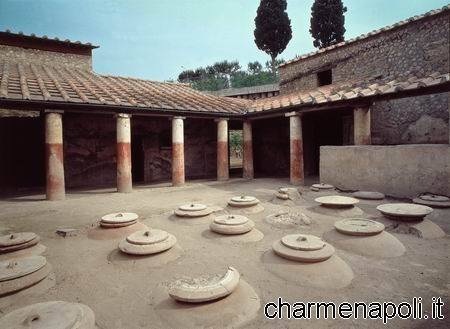 Art, history, music and culture are the protagonists of the Neapolitan spring, the heart of the festival of May of Monuments that is taking place, with lots of interesting initiatives in the city of Naples, and in some towns of the province.

You have until June 1, 2014 to live through many stages laid down by the busy schedule of events where it ranges from visits to the main monuments of the city, thanks to the initiative promoted by schools, touristic itineraries developed by the cultural associations. But in calendar stand out concerts, art exhibitions and evocative tourist routes extra citizens.

Among them, with the addition Over Naples section, inserted into the calendar of May, tourists and visitors can discover the archaeological treasures of which has Boscoreale, studded town of Vesuvius in Roman times, numerous country villas, some of which are reported to light (and then risepolte by the lava of the volcano), the beginning of the last century, thanks to the initiative of a few individuals. Testimonials of which traces remain today in the finding of Villa Regina, excavated in recent years under the supervision of the Archaeological Superintendence.

By research and excavations conducted on the spot, there were precious artifacts including silver, remains of frescoes, bronze, mosaic floors.
Difficult to quantify the enormous value of the assets, but part of that treasure will be put on display May 18 in National Boscoreale Antiquarium, the archaeological museum which houses all the rare artifacts recovered from the excavations of Pompeii, Herculaneum and Oplonti.

But not over here because May 31 is provided another exceptional event: the opening of Villa Pisanella which is one of the many production plants which in Roman times were scattered in the suburbs north of Pompeii and whose remains were recently reported to light.
Recall that it was in Boscoreale, in 1895, was found a treasure trove of silverware went missing between the Louvre Museum and the Rothschild Collection, consisting of 1,037 gold coins and a silver service made ​​up of 108 pieces of the Augustan age. And the glories of the Roman estate, we now turn to another historical building of the Vesuvius area of great value Palazzo de Prisco in via Luisa Sanfelice.

The doors of the luxurious house end of ‘800, ‘900, will open for the first time June 1 to show citizens and tourists the magnificent frescoes in Pompeian style pinned to the walls of the villa, as well as stories and anecdotes about the life of first owner of the dwelling, the lawyer Vincenzo De Prisco.