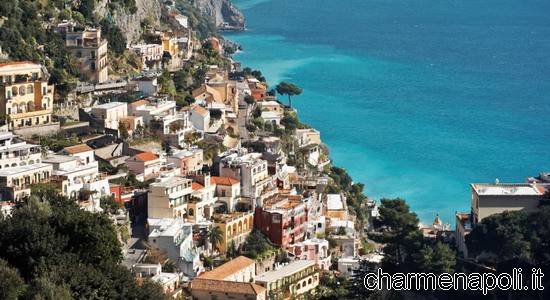 Also this year , March 22 to 23, back to the usual free appointment with Spring Days sponsored by the Fai (Italian Environment).
A chance to rediscover and appreciate the infinite beauty that comes with the artistic and cultural heritage of Italy, and especially the “Made in Campania”,  thanks to the support of young school children ready to act as a “cicerone”.
The appeal of many regions participating in the initiative, certainly could not miss the Terra Felix with its wonderful historical sites and natural, exceptionally open to tourists and visitors.

But let’s look at the full program.
Among the places of Campania involved in the event sponsored by Fai, it includes the striking Ieranto Bay, a place of pristine beauty carved in the rocks of the southern tip of the Sorrento Peninsula. And this is the point where, according to Greek mythology , the Sirens built their home inaccessible.
At a stone’s throw from the treasures of the Amalfi Coast and Capri. From this same location, overlooking the sea, winds a scenic trail, not surprisingly called “god” that starts from the village of Nerano, a hamlet of Massa Lubrense, and winds up on the beach between ancient rural buildings restored by Fai, characteristics Saracen towers, the wonders of nature and breathtaking views of the Gulf of Naples.

But the spectacle offered by the portentous nature of the Campania region does not end here.
In the days dedicated to the event, it will be possible to visit the area of ​​the Carcavone, belonging to the municipality of Pollena Trocchia (Naples), on the internal side of Vesuvius, where, in the course of an interesting nature walk , you will come up on top of Monte Somma, the discovery of a large quarry currently inactive pyroclastic material, formed on the side of the volcano before one of the most powerful plinian eruptions, which occurred about 17,000 years ago.

But we move on now to the many historic buildings in the city of Partenope which are usually closed, but that, for the occasion ,will open its doors to welcome tourists, art lovers and visitors.
Let’s start with Marigliano Palace, built between 1512 and 1513 commissioned by Bartolomeo di Capua, Count of Altavilla.
The building of Via San Biagio dei librai which now houses inside the headquarters of the Archival Superintendency of Campania, still bears the inscription on the entrance door of the family crest of Mount Marigliano which acquired the building in the second half of ‘800.

Still, among the majestic buildings throw open their doors to the lucky patrons, it includes the magnificent Villa Lucia, located next to the green Park of Floridiana, reached  from Via Cimarosa climbs up to the funicular station Chiaja.
The current name of the villa, in the Pompeian style, derives from the “favorite of the King” Lucia Migliaccio, Duchess of Floridia, in which the entire building was donated.

We close then the tour of the famous mansions of the ancient capital of the Kingdom of the Two Sicilies with Villa Rosebery, the sumptuous residence built in the early nineteenth century by the Austrian Count De Thurn, for years a representative office and a recreation area for the English Ambassadors in Italy, then in the thirties of the twentieth century used as a summer residence of the House of Savoy.
Located in fashionable Posillipo, is today one of the three official residences of the President of the Italian Republic.

Finally, some mention of the Neapolitan churches participating as the Monastery of St. Catherine of Siena, the current seat of the Faculty of Letters of the University Suor Orsola Benincasa , the monumental complex of the Carminiello Mannesi in the area of Duomo and the Church teatina of SS. Apostles, one of the most remarkable evidence of the Neapolitan Baroque.